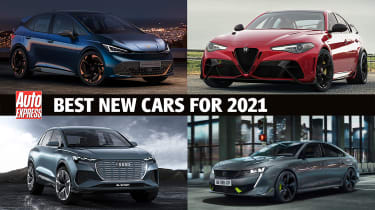 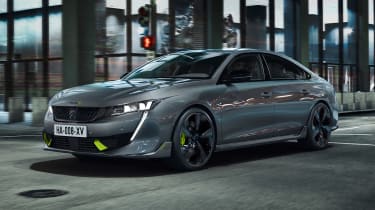 The Peugeot 508 Sport Engineered packs 355bhp thanks to the combination of a 197bhp 1.6-litre turbocharged four-cylinder engine and two electric motors, one powering each axle for four-wheel drive operation.

The set-up marks a significant boost in performance over the current flagship, the 508 GT Hybrid, with the 0-62mph sprint coming in just 5.2 seconds. It's also capable of going 26 miles on electric power alone before the 11.5kWh battery pack needs to be recharged. 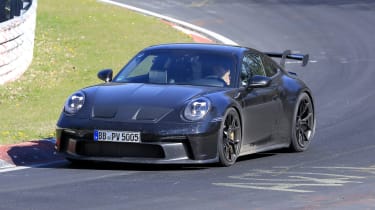 The most hardcore 992-generation 911 is in the latter stages of development, ahead of its launch early next year. We expect it to be powered by the same 493bhp naturally-aspirated 4.0-litre flat-six engine as the 911 Speedster, and will be offered with a choice of dual-clutch or manual gearboxes, while a rear-wheel steering set-up will also feature.

Although the final production model has yet to be revealed, spy shots show a rear wing inspired by the 911 RSR race car, and the engine cooling vents in the rear haunches have been smoothed over. An even hotter GT3 RS model will follow later. 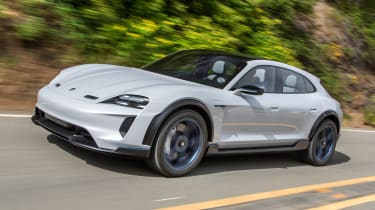 It’s only been a year since Porsche launched its first electric vehicle, the Taycan, but it’s set to be joined by a more practical, yet no less attractive, estate variant. Visually, it is to the regular Taycan what the Panamera Sport Turismo is to the hatchback, so it’s identical from the B-pillars forward.

The extended roof should allow a healthy boost in luggage space in the Taycan Cross Turismo, while retaining an elegant shape. It’s likely both the trim line-ups and powertrains will mirror the regular Taycan’s, with power ranging from 429bhp in the 4S to 751bhp in the Turbo S variant. 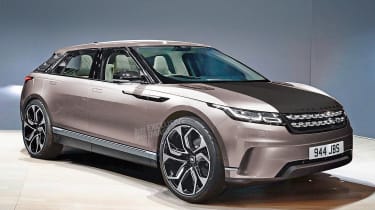 Our exclusive image reveals that this will arguably be the most radical Range Rover yet when it reaches showrooms in 2021. The Range Rover Crossover will be a bona-fide luxury car, focusing on design and on-road comfort in a way the brand has never seen before.

The new model will use the same MLA architecture as the next Range Rover, allowing combustion-engined, PHEV or full-EV drive. The latter could feature a twin electric motor set-up. It’ll have a smaller battery than the 100kWh unit slated for the Range Rover, but the range is still expected to exceed 300 miles. 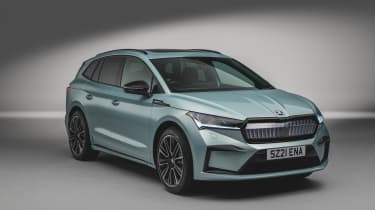 The Enyaq is Skoda’s first purpose-built EV, and its all-electric MEB platform will allow for the plentiful boot space we’ve come to expect from Skoda.

There will be more cabin room than in a Kodiaq, too, despite the car being shorter than an Octavia, while most versions will be rear-wheel drive, but there’s a choice of power outputs along with three battery sizes. There will even be a hot twin-motor vRS model.

Inside, the dashboard builds on the design of the latest Octavia’s, and it will carry a 13-inch touchscreen – the largest of any MEB car to date. 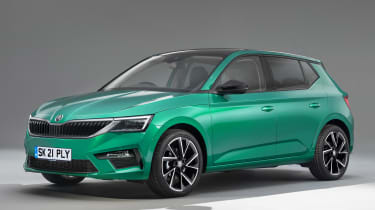 The next-generation Skoda Fabia will make the long-awaited shift to VW’s MQB A0 platform, as used by the current SEAT Ibiza, Volkswagen Polo and Audi A1.

The switch will allow a raft of updated powertrains, cabin technology and improved refinement. While the design is still under wraps, it’s understood that the new car will have a more striking look than today’s model, as previewed by our exclusive image. It’s likely the new Fabia’s engine line-up will focus on a pair of 1.0-litre TSI units, as well as a 148bhp 1.5 TSI. 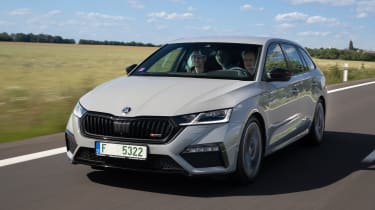 The next Octavia vRS will offer buyers the widest choice of powertrains yet, with petrol, diesel and a plug-in hybrid versions available in both hatchback and estate body styles.

The petrol and diesel engines will be familiar to current vRS owners, while the plug-in system is shared with the Golf GTE. It’ll match the petrol engine’s 242bhp output, but CO2 emissions could be as low as 30g/km.

Suspension lowered by 15mm, adaptive dampers and a bespoke steering map will be standard, while petrol-powered versions will feature a limited-slip differential.