As a result of improving residual values for the Zoe, Renault no longer offers the well-established battery leasing option. Instead, the supermini is available under standard full purchase terms, which include the battery and therefore doesn't bring monthly lease payments.

The key reason that battery leasing was initially introduced was to lower the initial purchase price and ensure the Zoe was as close as possible to that of an equivalent diesel car. With enhanced longer-term values of electric vehicles, Renault has taken the decision to simplify the choice for customers.

As with all electric cars, range is a concern. However, Renault has introduced a new 52kWh battery which gives the Zoe a maximum range of 245 miles under the WLTP test regime. It's worth noting that this figure will fall in colder temperatures and with the use of power-sapping features in the car such as lights, heating and audio equipment. 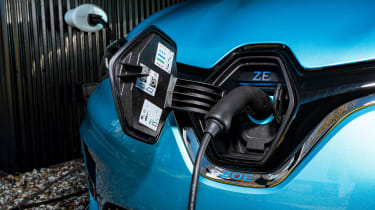 Expert data suggests the Zoe will retain an average of 40% over three years and 36,000 miles. This is a marked improvement over the previous model and should provide increased confidence for private buyers.