DFSK vans are back on the UK market after a deal was struck with a new UK importer to sell the C31, C32, C35 and C37 compact vans 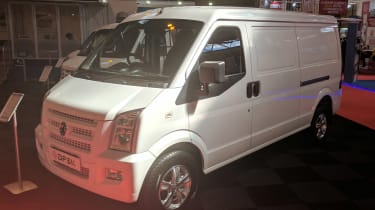 Chinese budget van manufacturer DFSK is coming back to the UK commercial vehicle market after a new company was established to import and distribute its range of compact vans. Vehicle Import & Distribution Ltd will be living up to its name by supplying the C31 (a flat-bed single cab), the C32 (a flat-bed double cab), the C35 (a micro panel van) and the C37 (a tiny 6-seat minibus) to UK customers.

The DFSK importer is a new venture from the firm that already brings the 4x4 passenger car and pick-up truck model range of Korean manufacturer SsangYong to these shores and it’s expected that the DFSK van range will be available through the existing SsangYong dealer network. 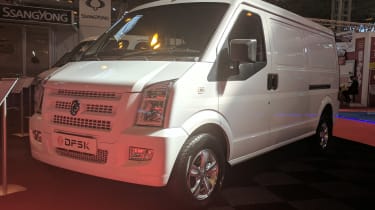 DFSK models have been available on the UK market in the past but the new range is said to represent a significant improvement over the Loadhopper microvan that the brand offered last time out. The C series of models are a class up the size scale from the old DFSK Loadhopper with the C35 panel van measuring 4,500mm in length and 1,680mm in width, while offering a maximum payload of 710kg. While all the models share the same platform, the C35 panel van and C37 people carrier have a different interior and exterior design to the two flat bed trucks - the front end of the C35 actually bears some resemblance to Ford's Transit.

Power for the whole line-up is expected to be from a 1.5-litre variable valve timing petrol engine with 113bhp and 148Nm of torque. The importers also have access to a 1.3-litre petrol unit and a 1.5-litre turbocharged range-topper but it's not currently thought that these will be brought to the UK. It's more likely that we will see the successor to the Loadhopper arrive on these shores eventually, with the smaller DFSK K series model line another option that the company is considering for the UK market.

Prices for the C series models are expected to kick off below £10,000, positioning the van as a low cost alternative to the likes of the Nissan NV200 as well as the long wheelbase versions of the Volkswagen Caddy and Renault Kangoo.

DFSK Operations Director, Doug Lincoln said. “We believe there is a huge opportunity for DFSK in the UK. From small independent businesses through to local authorities, cost-saving and value-for-money is today’s mantra. Why pay more when a DFSK delivers such a great return on investment?