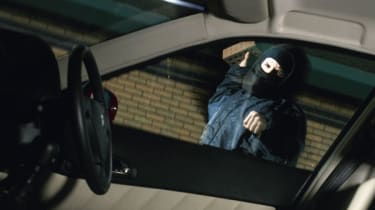 Owners of cars with keyless technology are being warned to stay more vigilant after German vehicle experts showed thieves could bypass the central locking and start the engine of 24 different cars and vans with an ‘easily built’ electronic device.

The German automotive organisation ADAC - the German equivalent to organisations like the AA - tested 24 different vehicles with keyless technology from 19 different manufacturers like Audi and SsangYong, and found every single one could be broken into using a simple homemade electronic device.

Keyless technology allows drivers to enter and start their vehicle without using the key – the car using sensors to communicate with the key in proximity and authorise start-up. A feature commonly found in premium makes like BMW and Audi, it’s slowly trickling down to more mainstream brands, and even vans like the Renault Trafic now feature the technology.

One way the thieves operate is by following the owner and using an electronic device to extend the range of the owner's key. A second thief then waits by the car and uses the signal to access the vehicle and start it.

Auto Express previously reported on how criminal gangs in London are taking advantage of the technology. In 2014, thieves managed to steal up to 17 cars a day in London, netting over 6,000 cars over the course of the year. A study last year also found electronic immobilisers used by 26 manufacturers are vulnerable to hacking, putting over 100 models at risk.

Although carmakers are coming up with new countermeasures to tackle thieves, ADAC says, “Owners of cars with keyless locking systems should exercise increased vigilance in the storage of the key.”

The organisation added: “It’s the duty of all car manufacturers to get rid of this problem. It makes no sense that this more expensive locking system is way easier to break into than the normal one.”

The below table shows the test results from ADAC's findings in Germany:

Have there been incidents of car hacking where you live? Tell us in the comments below...