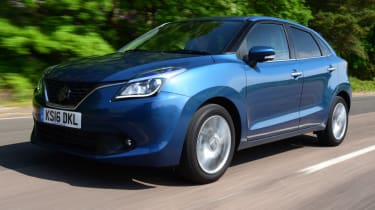 Suzuki has confirmed that two models have been dropped from its UK line-up: the Celerio city car and the Baleno supermini are no longer for sale in dealers.

According to an official statement, the brand is “refocusing its model range to cater for the high popularity of its best-selling UK models, which are Ignis, Swift, S-Cross and Vitara. This has resulted in sales of Celerio and Baleno being discontinued for the UK only.

“Suzuki is also preparing its range line-up for future emission regulations in 2020 of which details will be confirmed and announced in the future.”

Both the Celerio and Baleno were the cheapest cars in Suzuki’s line-up and two of the lowest-priced new cars for sale in the UK during their time on sale, with the Celerio priced from £8,999 and the larger Baleno priced from £9,999, although both were often heavily discounted, too.

Despite the decision to pull the two models, Suzuki still has a presence in the city car and supermini classes. The former is represented by the 4x4-inspired Ignis, while the Suzuki Swift continues to be sold as a good-value alternative in the supermini class.