The Suzuki Vitara has been transformed from a utilitarian family-friendly SUV into more of a crossover with Range Rover Evoque-inspired styling and more advanced equipment. There's also more dynamic driving ability on offer, but it's not quite up with the class best.

If you can sacrifice a little ride comfort, and value driving dynamics more, the Vitara is a fine crossover that's car-like to drive, with a sharp chassis and steering, but its lack of boot space counts against it. The diesel's mix of strong efficiency and performance is impressive.

Still, with a responsive and agile chassis for the class, and improved efficiency from the 1.4 Boosterjet petrol hybrid engine, this latest crossover-style Vitara is a much more alluring proposition than its off-road biased predecessors.

Combining value, style, safety and versatility in a good-looking package, only the low-rent feel of the dash and poorer depreciation than some rivals that really let the side down – especially if you’re spending over £24k on a higher-end model.

Today's Suzuki Vitara has changed considerably from the model that was first for sale in the UK in the 1990s. Gone are the chunky looks and purposeful looks of a genuine small off-roader, replaced by a compact crossover that's designed to appeal to a new generation of buyers.

The current Vitara arrived in 2015, and is designed to be a competitor against cars such as the Peugeot 2008, Renault Captur, Nissan Juke and a wave of new small crossovers that have joined the class since the Vitara's original release. As a result, Suzuki gave the Vitara an update to help keep it competitive.

One big change for the latest Vitara is the introduction of front-wheel drive to the range. In fact, the majority of cars are now front-drive, with only the top-spec version gaining Allgrip 4WD. This highlights the expectations of modern SUV buyers, as they want the rugged looks and raised driving position of a 4x4, but still have the running costs of a conventional hatchback. If you need a dedicated 4x4, then the Suzuki Jimny will be right up your street.

Power comes from the 1.4 Boosterjet petrol hybrid engine, delivering 127bhp and 235Nm of torque. All models use a six-speed manual transmission.

For an alternative review of the latest Suzuki Vitara SUV visit our sister site carbuyer.co.uk 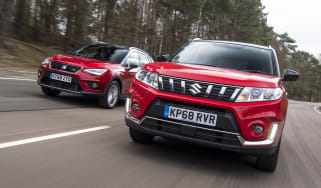 The latest Suzuki Vitara is supposedly the most advanced Suzuki ever, we test it against the class-leading SEAT Arona.
New Suzuki Vitara facelift 2019 review 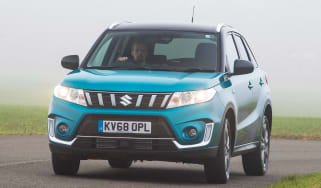 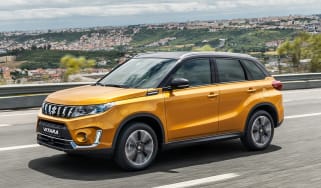 Suzuki has announced the new Vitara’s specs and price list, base model starting at £16,999
New Suzuki Vitara hybrid on the way 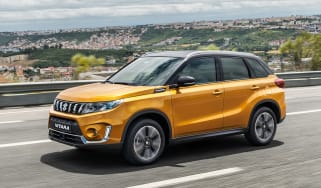 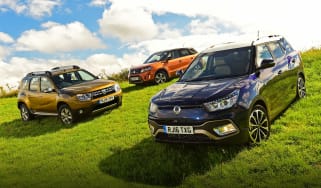 Which of these top-value SUVs from SsangYong, Suzuki and Dacia will get our vote?
Long-term test review: Suzuki Vitara 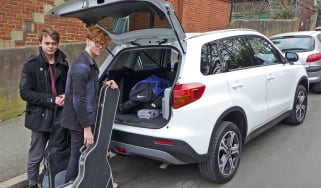 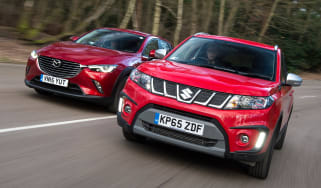 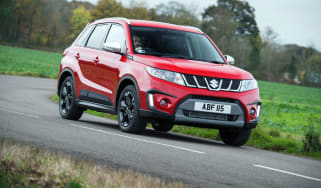 A turbocharged 1.4-litre engine addresses many of the complaints we had about the Suzuki Vitara compact SUV
New Suzuki Vitara S gets turbo petrol at Frankfurt 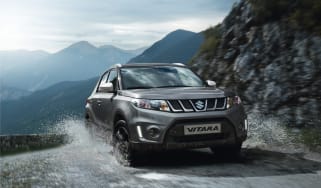 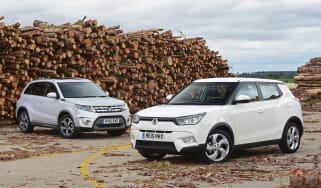 SsangYong has turned its back on its budget roots and joined the booming crossover market with its Tivoli. Can it fell the Suzuki Vitara?
Suzuki Vitara 2015 review 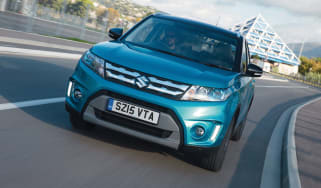 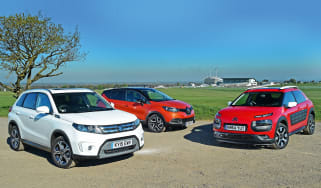 Suzuki’s Vitara has transformed from basic 4x4 to cute compact SUV. We see how it fares against the Citroen C4 Cactus and Renault Captur
Suzuki Vitara diesel 2015 review 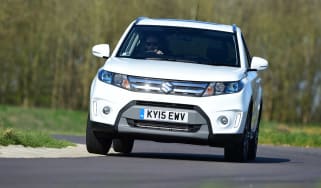 Does the new Suzuki Vitara crossover make as much sense on British roads?
Skip to HeaderSkip to Content