Does the new Suzuki Vitara crossover make as much sense on British roads? 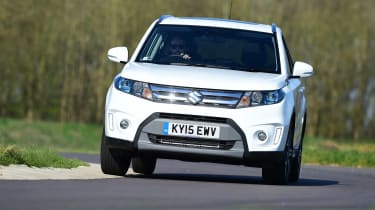 There are two routes manufacturers generally take when developing a crossover: premium or sporty. But here, Suzuki has stuck to what it knows best. The Vitara offers a rugged simplicity few rivals provide, and that’s something that will appeal to many prospective buyers. It’s not perfect – the diesel engine feels agricultural and the interior quality isn’t up to standard – but it’s spacious, good value and pleasing on the eye.

The all-new, fourth-generation Suzuki Vitara arrives 27 years after Suzuki’s SUV first entered the fray, but does it retain the rugged charm of its predecessors? We’ve driven it in the UK for the first time to find out.

Suzuki clearly knows who it’s targeting with the Vitara, making the newcomer as stylish as it is robust without impacting on its value-for-money ethos. The range kicks off from only £13,999, and while you can have a SsangYong Tivoli from £1,000 less and a Dacia Duster for just £9,495, the Vitara is still at the value end of the class.

The line-up is refreshingly simple, too, with only 118bhp 1.6-litre diesel or petrol engines on offer, although the diesel gets 320Nm of torque compared to the petrol’s 156Nm. For around £1,800, you can get Suzuki’s ALLGRIP 4x4 system if you need to take it off-road. 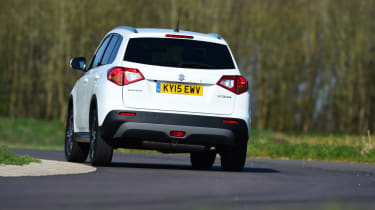 The more frugal diesel is expected to be the bigger seller, and comes paired with a six-speed manual gearbox as standard. The engine makes itself known at idle, with a strong clatter on start-up, but any vibrations have been well isolated from the cabin.

It lacks the finesse of the Skoda Yeti at slower speeds, yet is a gutsy performer with strong in-gear pace. With twice as much torque as the 1.6-litre petrol version, it’s the clear choice if you’re often transporting a car full of passengers and hefty luggage.

The diesel also gets a softer suspension set-up than the petrol, so the rutted tarmac of the Vitara’s natural urban habitat doesn’t become a hindrance to ride comfort. 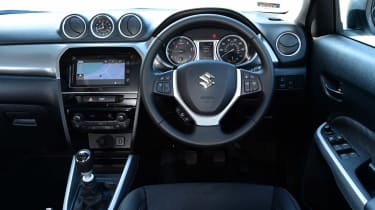 High and low-speed refinement are excellent, but the car’s softer side means you can’t hurl it down winding B-roads. That’s partly down to the vague steering, which relays little information to the driver, yet the Vitara’s lack of a sporty edge is unlikely to be a deal-breaker.

The crossover is far more focused on practicality, with loads of rear passenger space and a 375-litre boot featuring some neat underfloor storage. Packaging, once again, proves to be Suzuki’s forte.

Up front, there’s plenty of scope for adjusting the driving position, but the biggest disappointment is the fit and finish. It’s clear Suzuki has built the Vitara to last rather than visually appeal, with hard and scratchy plastics covering most surfaces. 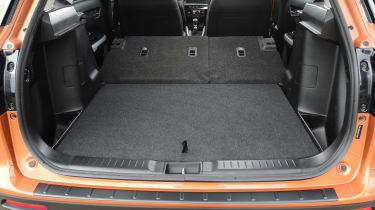 Our top-spec SZ5 model came with a full-length panoramic roof, which bathes the cabin in sunlight but also further highlights the cheap and reflective materials present.

One thing’s for sure, though: you won’t be complaining about a lack of kit. Sat-nav, air-con, Bluetooth and a reversing camera are all thrown in as standard on top-spec models.