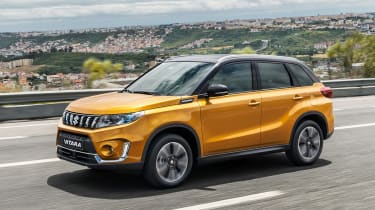 The Suzuki Vitara will be the Japanese firm’s first full-hybrid model when it launches early next decade, Auto Express can reveal.

Dale Wyatt, Suzuki UK’s managing director, told us electrification will be a key pillar in the brand’s development over the next few years.

Asked whether full-hybrid powertrains would feature in the Suzuki line-up later down the line, Wyatt said: “Yes, but on S-Cross and Vitara. Not Swift and Celerio.”

Price is the deciding factor on what form of electrification Suzuki’s future models will use; more expensive models are able absorb the higher cost of hybrid technology.

“The cost of electrification is around £10,000,” Wyatt added. “People aren’t prepared to pay that kind of money on a [Ford] Fiesta, or a Swift.”

Wyatt also hinted at the possibility of a slimmed-down Suzuki range in the future, however. It would see the company looking to ditch its two model per segment strategy, one rational and one emotional, for a ‘one size fits all’ approach.

He admitted the models pulling customers into showrooms were cars like the funky Ignis, Swift and Vitara, rather than the more practical Celerio, Baleno and S-Cross.

Take a look at the best plug-in hybrid cars on sale right now... 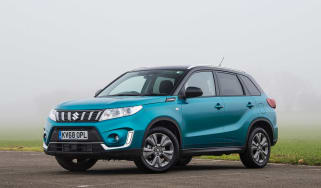