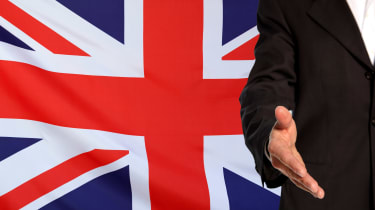 35. Sue SlaughterDirector of Purchasing for TVM Strategy and Business Development, Ford of Europe

The Auto Express Hall of Fame

The former Vauxhall chairman was appointment Vice-President of Buick and GMC in 2014 and has seen sales rocket ever since by boosting higher-margin models and promoting Buick in China.

As CEO, Linda Jackson is steering Citroen’s contribution to the booming sales figures of the PSA Group. A bumpy 12 months in China didn’t help her in 2017, but fresh SUVs like the C3 Aircross have helped steady the ship.

Flat sales at Jeep in 2017 troubled the SUV brand’s boss Mike Manley – but they haven’t hurt his status within the overall Fiat-Chrysler empire. After the late Sergio Marchionne stepped down, he was appointed CEO of FCA in july 2018.

Alan Batey started out as an apprentice with Vauxhall, after becoming General Motors’ executive vice-president and president for North America, he went on to look after Chevrolet globally, but announced his plans to retire in 2019 with Barry Engle succeeding him.

Ford had yet another management shake-up late last year, and Steve Odell took the opportunity in November to bring his 37-year stint with the firm to an end, retiring from his marketing, sales and service role.

Robertson finally stepped away from BMW recently, after a short spell where the global boss of sales and marketing took on a ‘UK ambassador’ role that saw him liaising with Government on key issues.

Our first Brit List winner while at Nissan, Palmer is now driving astonishing growth at Aston Martin. He’s restored the British brand to profitability and is about to open a new factory in Wales to build its Varekai SUV.