The new MG HS SUV has been snapped in testing on UK roads for the first time, ahead of its official UK debut later this year.

MG, which is now Chinese-owned, revealed the HS in China towards the end of summer 2018. It’s a new C-segment SUV intended to rival the likes of the Renault Kadjar and Nissan Qashqai.

It’s positioned above the ZS in the brand’s line-up and is effectively a replacement for the GS, which will be removed from sale just four years into its lifespan when the HS arrives. 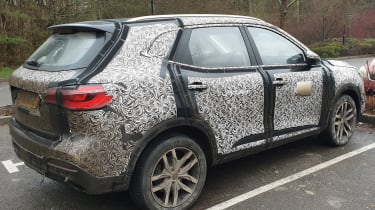 The final design is based heavily on the X-Motion concept revealed last April, and the HS bears a clear linkage with the smaller ZS, using the brand’s latest design language. The wheelbase measures up at 2,720mm – 74mm extra over the Qashqai.

Final UK specifications remain unclear, but in China the HS is supplied with two four-cylinder turbocharged petrol engines, 1.5-litres and 2.0-litres in size. The range topping 2.0-litre develops 225bhp, while a plug-in hybrid variant of the HS is likely to appear, too. The DVLA’s registration checker reveals this latest spied model is fitted with the 1.5-litre petrol option.

MG intends to field a three-strong SUV selection in a five-vehicle global line-up. The HS will be the brand’s largest SUV when it arrives but only for a short while. A flagship D-segment model is in the pipeline, and could feature seven seats. 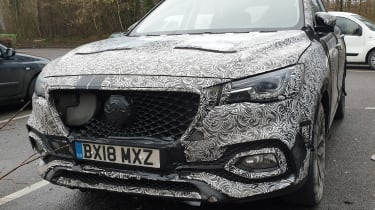 “The range will be effectively new MG3, ZS, our new C-SUV [HS] and a new D-SUV… Then the electric hard-top roadster from 2021”.

Now read how the MG ZS fared when we pitted it against the Citroen C3 Aircross and SEAT Arona in an Auto Express triple test here. 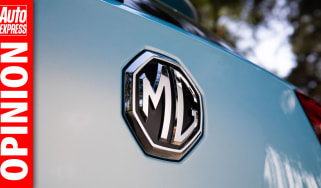