Peugeot insiders have revealed to Auto Express that a warm Peugeot 308 GT and SW estate are due to join the range by the end of 2014.

Designed to pave the way for an even hotter ‘R’ version due in 2015, the 308 GT will feature high-powered petrol and diesel engines so it should be a clear rival for the Skoda Octavia vRS and the quickest versions of SEAT Leon Sport Tourer.

Product communications director Gaetan Demoulin told Auto Express: “The GT will be revealed in Paris” and confirmed that it would have “bespoke styling, twin exhausts each side and a unique interior” and be available as an estate too.

Those kind of figures would put the GT on a par with competitors like the Kia Pro Cee’d GT – which also uses a 1.6-litre turbo – and costs around £20,495, but expect the Peugeot to cost a bit more than that when it goes on sale this winter.

Even so, it should still undercut full-blooded hot hatches like the Volkswagen Golf GTI and Ford Focus ST – and leave room for an extreme ‘R’ model in 2015. The 308 R was previewed by the concept car shown in Frankfurt – and will be developed by the same special projects team responsible for the brilliant RCZ R.

It could use the same engine as the coupe too (a 270bhp of the 1.6-litre turbo) but is also likely to get serious mechanical changes to go with the boost in power. Revised suspension, switchable ESP and heavy duty brakes are all likely to make an appearance, as are stickier tyres, larger wheels and a more focussed interior. 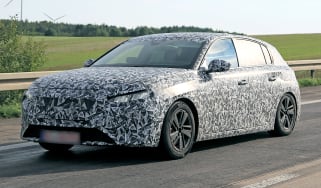 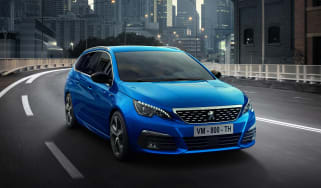 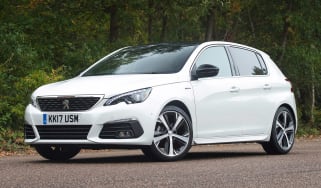