Surprised at the interest in its new plug-in XC90, Volvo could roll out more hybrids than planned 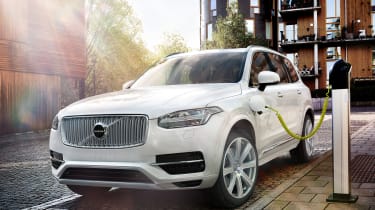 Plug-in hybrid tech could have more of a role to play than first expected as Volvo looks to increase UK sales from 45,000 to 60,000 in the next four years.

Volvo UK managing director Nick Connor told Auto Express that the company has been caught by surprise at the level of interest in the 390bhp T8 hybrid version of the new XC90.

“We were planning on a three-five per cent take rate of this model,” he said. “But our current rate on sold orders is over 20 per cent. We underestimated it.”

The hybrid is not due to arrive here until late this year, but demand has been so high that it is now sold out until well into 2016.

Connor added that all new Volvos launched from now will be available with hybrid tech. And the low-emissions versions could be available at all price points, rather than just at the top end of the range, as with the XC90.

A spokesperson explained: “As with XC90 the intention is that it is kept at the upper end of each model, but if it was to be something that grows considerably, we could do it across every model.” 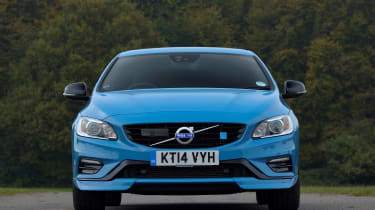 Connor is also keen to see more hot Polestar versions of his range in showrooms.

“We need to extend the offer,” he confirmed. “The aftersales offer [Polestar upgrades] is well received, but in terms of specific Polestar products I would like to see more.

“It’s a statement of our engineering prowess. I would like to see a V40 Polestar - I think there is a clear demand for that. We have seen what Mercedes have done with AMG, but it [the V40] has got to be right and at a price that people can afford to buy.”

Connor also has high hopes for Volvo’s next launch, the S90 executive saloon, and gave a hint of what to expect. “It’s beautiful, the dimensions are more premium than S80, and the interior is the next step from the XC90.

It doesn’t ape anything else that the Germans are doing. It’s a big step forward.” 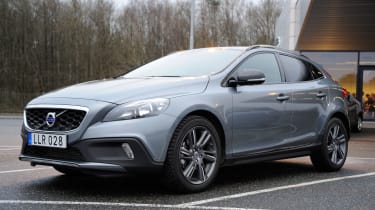 And he also dropped a hint that Volvo is eyeing the explosion in smaller SUVs with interest.

“You have to look at the market and say there is an opportunity there. I can’t say for sure we’ll fill it, but what CMA [Volvo’s new small car platform being developed with Geely] does is allow us to expand what we do beyond V40.”

Meanwhile, Volvo is also in the process of giving its UK dealer network a makeover. The brand's dealers finished 17th out of 32 in Auto Express's 2014 Driver Power survey, and Connor wants to ensure it "better reflects the brand". 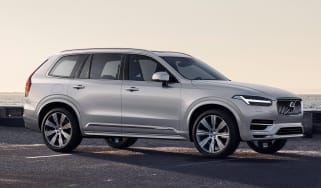