Cut-price SUV starts from £22,995 with a more efficient engine and a 7-speed auto gearbox 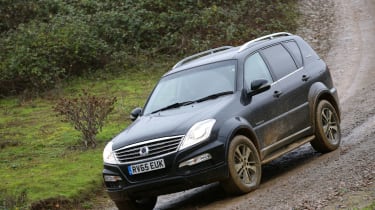 SsangYong has announced the upgrades to the Rexton SUV for 2016, which include a more efficient engine and new automatic gearbox. The vehicle's available now and starts from £22,995 - not bad for a 7-seat SUV, and competitive with used values on some other models.

The 2.2-litre e-XDi220 diesel engine in the Ssangyong Rexton is now Euro 6 compliant. Emissions and economy have improved to 184g/km and 40.4mpg - though these figures are still well down on more expensive rivals like the Kia Sorento, which boasts 149g/km and 49.6mpg.

The engine also gains a power boost and now boasts 175bhp, along with 400Nm of torque - an increase of 15 per cent and 11 per cent respectively compared to the old model. This should aid those wishing to make use of the Rexton's 3-tonne towing capacity. 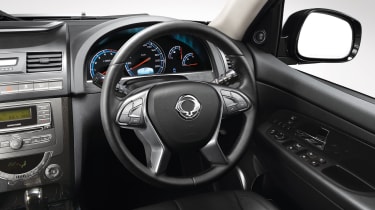 Mercedes provides a new 7-speed automatic gearbox, which should aid smoothness and refinement but does harm emissions and economy, at 194g/km and 38.1mpg each - the other option is a six-speed manual 'box. Both have a low-range setting, though, which should help the Rexton maintain its off-road ability.

Do the upgrades tempt you towards a SsangYong Rexton? Let us know your thoughts below...