Councils should be able to issue fines for traffic offences, say MPs

Transport Committee says police are too stretched to enforce moving traffic offences, so councils should be allowed to do so instead 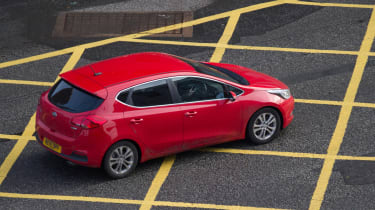 Councils should be given the power to issue motorists with fines for traffic offences as police are too thinly stretched to do so, MPs have said.

A new report from the Transport Committee says that budget cuts, as well as priority changes, mean police forces no longer have the resources to effectively enforce moving traffic violations, such as stopping in yellow box junctions, driving the wrong way down a one-way street or failing to give way to oncoming traffic.

Therefore, the committee has said local authorities should have the power to issue penalty charges for these offences, without needing to rely on the police in any way.

The Transport Committee has now recommended that these provisions be implemented as soon as possible, something it says its predecessors have called for twice before. Doing so, it says, will create a revenue stream for local authorities to invest in measures for tackling congestion. In addition, the committee also advises that such revenue could be spent on improving bus services, as there is no ring-fenced funding for bus priority measures at present.

Transport for London (TfL) has enforced yellow box junction rules for more than 15 years, with motorists facing fines of up to £130 for blocking them.

The RAC has issued advice in the past, saying: “If you drive in the capital, be particularly careful around box junctions. TfL and London’s councils manage the road networks but have come under fire from some motorists who claim they’re using box junctions as cash cows.”

Do you like the idea of local councils policing traffic offences in their areas? Let us know in the comments...