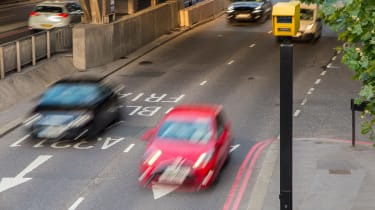 At the start of 2019, rumours swept the internet that speed camera tolerances on certain motorways were so strict, they would issue tickets if drivers exceeded the 70mph limit by just 1mph.

Those stories turned out to be untrue and unfounded. But rather than allow misinformation about speed camera ‘thresholds’ to circulate unchecked, Auto Express asked the UK’s 45 police forces via Freedom of Information requests how strictly their 3,224 speed cameras enforce limits.

The majority of the forces that responded said their cameras would only activate when drivers exceed the speed limit by 10 per cent plus 2mph, in line with prosecution guidelines from the Association of Chief Police Officers.

This means cameras won’t issue tickets until someone is driving at 35mph or more in a 30mph limit, or 79mph or more on the motorway, for example.

The Metropolitan Police, which uses a less strict, 10 per cent plus 3mph threshold, say this is “a proportional response to the high volumes of traffic” in the capital. Lancashire Police also sets its cameras so that they activate at 10 per cent plus 3mph, and says that this has been done “to ensure greater tolerance or discretion”.

A number of forces wouldn’t tell us their camera thresholds, arguing that knowledge of these would encourage drivers to speed. All police forces that told us their thresholds said these applied to both fixed and average speed cameras.

Speed camera thresholds across the UK

Can you trust your car speedo?

In addition to asking police how strictly their speed cameras enforce limits, we investigated how accurate the speedometers on 10 cars were. We did this by comparing how fast they said we were going with our actual speed, revealed by a VBox meter.

Car speedometers are not allowed to ‘under-read’ – they can’t tell you you’re going more slowly than you really are – but they are allowed to over-read by up to 10 per cent plus 6.25mph. So they could read 50.25mph at 40mph. 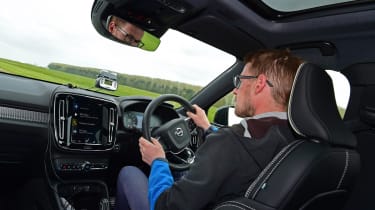 All the cars we assessed were well within legal limits, although some read with near-perfect accuracy, while others over-read by 3mph. This, with the different approaches police have to enforcing limits, means some variance will always remain around speeding.

Commenting on our investigation, AA president Edmund King said it is “sensible to have some flexibility” with speed-limit enforcement, “as the last thing we need is drivers concentrating solely on the speedo and not the road”.

King added that, with speedometers becoming increasingly accurate, “Auto Express’s testing is a valid reminder to drivers not to gamble on their speedo perhaps providing some leeway”.

• UK speeding fines and how to appeal them

The VBox is a clever piece of kit that uses a GPS signal to measure a car’s speed. It’s very accurate, gauging velocity to within 0.1km/h, so is perfect for assessing speedos.

We set our test cars to 30, 50, 60 and 70mph using the built-in speed limiter or cruise control to ensure a steady speed, then used the VBox to measure how fast we were going. This gave us a fair idea of the discrepancy between actual and indicated speed.

“Not many drivers have access to a VBox, but a separate smartphone app or sat-nav can give you an idea of how accurate your speedo is.

Do you think that UK speed camera tolerances are too strict? Let us know in the comments below...