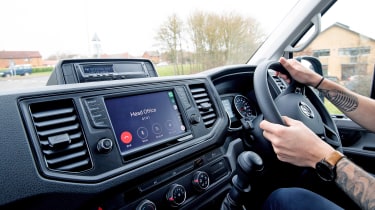 Making hands-free phone calls when driving is dangerous and the laws around the practice should be revisited, according to a leading road safety expert.

At a meeting of the Transport Select Committee earlier this week, chief scientist at the Transport Research Laboratory (TRL) Dr Shaun Helman was asked how strongly he felt the “notion of hands-free” should be revisited with regards to the law.

He responded: “Pretty strongly. The evidence is, I think, pretty compelling. I think it’s also worth remembering there are other hands-free functions – such as voice activation – that are going to be more common, so it’s about keeping people’s hands on the vehicle, but also their eyes and their mind on the road, not on something else.”

Helman said previous studies had shown any sort of mobile phone use behind the wheel, including a hands-free conversation, had a negative impact on drivers’ abilities, effectively reducing experienced motorists to the level of “novices”.

“If you’re talking on the phone, you’re more likely to be focussed on the road ahead, rather than scanning more widely for hazards in the driving environment,” he said.

Helman also quoted a study from 2002, which had suggested that making a hands-free phone call had just as much of a negative impact on your driving ability, or even a slightly worse one, than being at the legal UK limit for alcohol blood level.

It is Helman’s belief that the Government should take a lead on the issue by implementing a policy where anyone driving any of its fleet of vehicles on official business is not allowed to make any hands-free phone calls.

The hands-free problem goes much further than phone calls, though, with Helman also pointing the finger at car manufacturers for all creating different systems that work in different ways, rather than all agreeing on one safe, universal operating method.

“The human-machine interface needs to be well-designed, and often in cars it’s not,” he said. “If I say ‘I’m too cold, turn up the heating,’ and the system is not particularly good at understanding my voice or it asks me a follow-up question of ‘What temperature do you want?’ and it’s just poorly designed, it then becomes a more onerous task than just doing this [using analogue controls].”

Do you think new laws are needed for hands-free systems in cars? Let us know in the comments below...