Government makes it easier to close roads for street parties 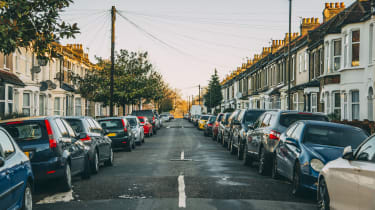 Street parties that involve residential roads being closed look set to return to British life in a big way, after the Department for Transport (DfT) announced it had written to local councils, telling them that the process for approving street parties has been made easier.

The parties - officially known as ‘Play Streets’ in government parlance - previously needed to be advertised before they could be approved so that residents could be given advanced warning their roads might be closed.

But the DfT has announced Play Street Traffic Regulation Orders (TROs) are now not necessary, and it has now “found an easier way” to authorise street parties and their associated road closures.

Instead of “costly” TROs, councils can now make “special event” orders, meaning roads can be temporarily closed “for children’s play” without having to be advertised.

The DfT says play streets “are not only good for children’s health and happiness, they give them a sense of belonging and encourage other residents to get together, creating greater community cohesion.”

Roads Minister Baroness Vere said: “A generation ago, it was common to see young people playing out in the street but today it can be a rare sight. That’s why today I’m delighted to be making it easier for those who want to create Play Streets, boosting the health and wellbeing of children, families and communities.”

Do you think your road should be closed off? Let us know in the comment section below...