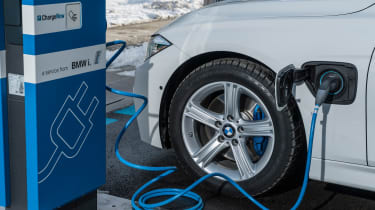 Motorway services and large petrol stations will be required to install charging points for electric cars under new Government plans.

Hayes said: "We want the UK to be the best place in the world to do business and a leading hub for modern transport technology, which is why we are introducing the Automated and Electric Vehicles Bill in Parliament and investing more than £1.2 billion in the industry."

The charging stations will all have to feature 'smart' chargers that enable them to communicate with the wider grid to manage electricity demand across the country. The bill also requires charging points to be convenient to access, work seamlessly across the UK and adhere to the same operational standards.

The announcement follows an investigation by Auto Express which previously highlighted how the UK's public charging infrastructure is struggling to keep pace with EV uptake.

That means the current car-per-charger ratio is in danger of falling behind European Union targets. The European Parliament has said for EVs to become commercially viable, there has to be at least one charger for every 10 cars on the road.

A Committee on Climate Change report previously estimated that by 2020, the UK could have around 700,000 EVs on the road – so an additional 60,000 chargers could be required in the next three years. 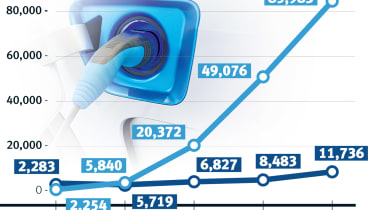 But despite the Government announcing a £600million boost to promote uptake of electric and plug-in vehicles, Melanie Shufflebotham, director of Zap-Map, estimates the number of chargers will rise to just 30,000 in 12,000 locations by 2022.

Yoann Le Petit, Clean Vehicle and Emobility officer at campaign group Transport & Environment, said: “The UK now has good coverage in many areas, but will need to ensure fast charging points continue to be developed throughout the trunk road network, notably between Sunderland and Leeds, and Edinburgh and Newcastle.”

Ratio of electric vehicles to chargers

Do you own an electric car? Do you find it hard to find a charging point? Let us know below…