Under new ownership, Saab has unveiled the new 9-3 saloon aimed initially at the Chinese market 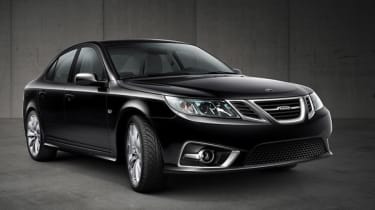 Saab has taken the warps off the new 9-3, following the news that production on the saloon has restarted earlier this week. The new model is virtually identical to the facelifted version launched in 2011, with the only major difference being the absence of the griffin badge.

Under the new ownership of National Electric Vehicle Sweden, the Saab 9-3 will initially be aimed at the Chinese market with a small number being sold directly from NEVS to Swedish customers via its website.

The new model is powered by the same 220bhp 2.0-litre turbocharged petrol engine used in the 9-3 before the company went bankrupt. Manual and automatic transmissions will also be available.

Production rate will be ‘very modest’ initially, with Saab confirming only around 10 models will be produced per week to ensure quality is at the highest level. Gradually, production will increase to meet customer demand.

An electric version of the 9-3 will also be launched in spring next year, with China again being the first market. NEVS’ partner and part owner Qingdao has initially placed an order for a fleet of 200 electric 9-3s.