Compact two-seater based on 500 platform in the pipeline 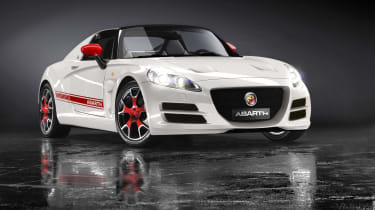 Small, fast and efficient… Say hello to the Abarth Coupe, the most exciting performance car of 2010! Our exclusive pictures show how the sporty two-seater will shape up should Fiat put it into production, giving Abarth a three model line-up to make its assault on the performance car market.

The revived brand is riding high following the raucous reception for the 500 Abarth, which goes on sale in February, while the Punto Abarth was launched earlier this year. And with increasing numbers of buyers downsizing to smaller and more fuel-efficient cars, there’s never been a better time to introduce a model like this. But can it succeed where the Smart Roadster failed?

Based on the 500’s platform, the Coupe will use a simple front-wheel-drive, front-engine layout to minimise costs. It will also mimic Ford’s conversion of the Ka into the Street Ka, by carrying the majority of components and switch gear straight over from the 500.

A lightweight aluminium chassis and low-slung stance should ensure that it retains the go-kart-like handling synonymous with Abarth models of the past. While the compact dimensions make it perfectly suited to twisting European roads and small enough to be threaded through town traffic.

If Fiat looks to the past there’s no shortage of inspiration for the new Coupe’s design. Models such as the 1959 Abarth 750 Zagato Coupe employed a similar philosophy to the newcomer with a lightweight aluminium body, two-seater layout and extravagant good looks. And as always with Italian sports cars, style is high on the agenda for the Coupe, too.

Sloping headlights and huge front air-intakes give it a snarling face, while vents in the bonnet and behind the front wheels are a sign that there’s pace to match the car’s looks. Just like the Smart Roadster, a removable roof panel allows occupants to get the open-air experience without the need for an expensive and heavy folding top. And lastly, the trademark Abarth white and red colour scheme with distinctive decals mark the car out from other traffic.

The racy theme continues in the cabin, with turbo pressure gauges and Abarth Scorpion logos a plenty. Expect sculpted racing seats and a flat-bottomed steering wheel, too.

Driving enthusiasts will enjoy Fiat’s Torque Transfer Control (TTC), which mimics a front limited slip differential to maximise traction in the bends, while LED flashing lights on the dash alert the driver at the optimum moment to change gear – either to extract maximum performance or boost fuel economy.

Carlo Abarth, the company’s founder, was famous for wringing impressive levels of performance from small-capacity powerplants, and the Abarth philosophy has stayed true to this day. The most likely candidate for the Coupe is the 1.4-litre turbocharged unit from the 500 Abarth, kicking out 135bhp and 180Nm of torque – although an ‘esseesse’ (pronounced essay essay) version with 158bhp and 230Nm of torque, but still returning 45mpg at the pumps, could also make it to production. With the car weighing in at little more than 1,000Kg, expect a 0-60mph time of around eight seconds for the lower-powered version and seven seconds for the ‘esseesse’.

The Smart Roadster’s downfall was its extortionately high price. But it seems Fiat isn’t about to make the same mistake. Prices for the Abarth Coupe should start from around £12,000 - undercutting the cheapest Smart Roadster by £1,500. Fiat is staying tight-lipped about it’s production plans for the Abarth Coupe, but if it does make it to showrooms, expect the care to break cover in 2010 and go on sale in 2011. 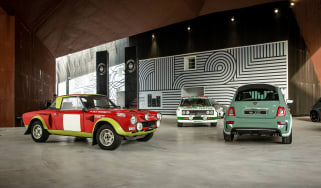 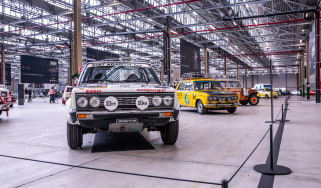 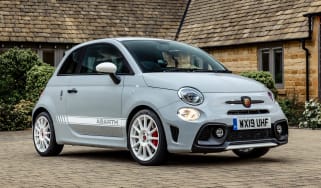