Only 12 examples will be made by the revived Italian marque from the 1960's, which made its debut at Salon Prive in August 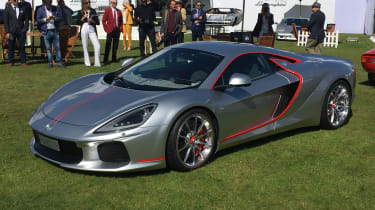 The new ATS (Automobili Turismo e Sport) GT supercar has been officially launched by the revived Italian brand following its public debut at Salon Prive in August. Only 12 units will be built - a fact reflected by the price tag in excess of £1 million.

ATS Automobili says the GT will be capable of 0-62mph in three seconds with the assistance of a launch control system, and that the top speed will be in excess of 206mph. 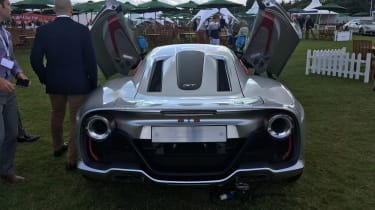 The engine will be mated to a seven-speed, dual clutch gearbox, with the GT tipping the scales at 1,300kg. The dozen customers will have three driving modes to choose from - Viaggio for standard road use, Sport, and Corsa for track use. In Corsa mode, the engine and suspension set up is at its most aggressive with the instrument screen showing Formula One-style data for the ultimate race track experience.

Taking inspiration from the design of the original ATS 2500 GT from 1963, the new GT has been fitted with 20-inch rims at the front and 21-inch rims at the rear, while the brakes are carbon ceramics made by Brembo. Extra stopping force can be generated by an air brake located at the rear.

Meanwhile, to avoid interrupting the lines of the car, the doors are opened with touch sensitive pads inside bodywork itself.

Naturally, the exclusivity of the GT has compelled ATS to offer all manner of high-end features, with “powerful” 3mm speakers positioned at strategic points in the cabin to provide the best possible sound quality. 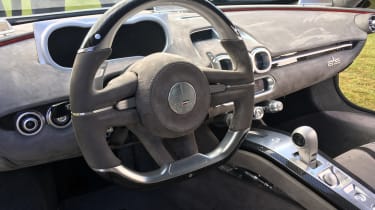 The interior is almost entirely finished with Nubuck leather, and bespoke fine-tuning is also available, with the company offering to to tailor everything right down to the tension of the spring in the central shifter.

Customers are free to approach ATS with any customisation requests, with virtually nothing off limits in terms of adapting the GT’s appearance. The company’s aim for this dozen-strong run is to make twelve unique, “individual” cars.

With no buyers lined up prior to the launch of the GT, the firm is exercising caution for its future plans. However, a sportier R version is a possibility further down the line.

Can ATS mix it with the hypercar elite? Let us know your thoughts in the comments...