We visit the Honda Collection Hall in Japan, which houses over 300 restored and original models 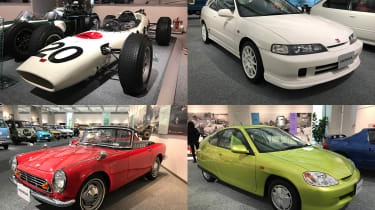 If it has an engine chances are that Honda makes one, and the best place to see all of the Japanese brand’s most iconic models under one roof is the Honda Collection Hall.

Located within the grounds of the Twin Ring Motegi racetrack in Japan, the Collection Hall is split over three floors and crammed full of Honda’s greatest hits. In total it holds around 300 restored and original models, including everything from the brand’s early motorbikes, to iconic racers and early series K cars.

It was built in 1998, 50 years after Honda Motor Company was formally established. If you aren’t able to make the 6,500 mile trip from the UK to Motegi we’ve round up the highlights which decorate Honda’s history. 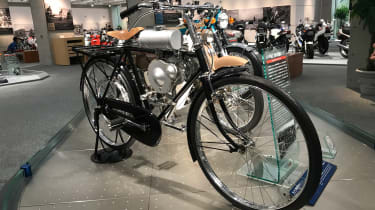 Honda initially started out as a motorbike manufacturer. Its first steps into the two-wheeled world involved putting small auxiliary engines on bicycles, which were the main mode of transportation in Japan after the war. The bike used a 50cc engine, which was initially used to power radio generators. 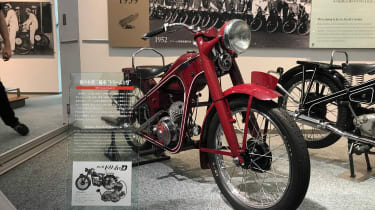 The Dream Type D was Honda’s first real motorbike. It was based on a steel channel frame, which was easy to mass-produce. 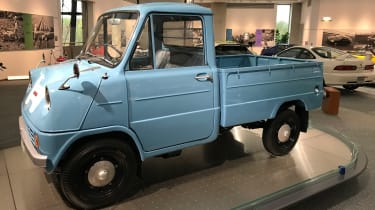 Honda’s first four-wheeled production vehicle was a small pick-up; it was powered by a mid-mounted 354cc four-cylinder engine that developed 30bhp. 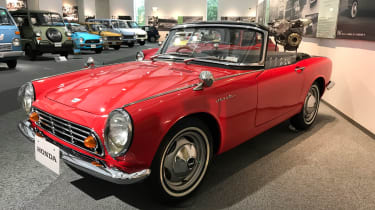 Two months after Honda's first production vehicle its second had arrived; the S500 used a larger and more powerful 531cc engine, which produced 44bhp. It was also the first car in Japan to available in red. The colour was previously exclusive to commercial vehicles but the ruling was changed after discussions with the Japanese government. 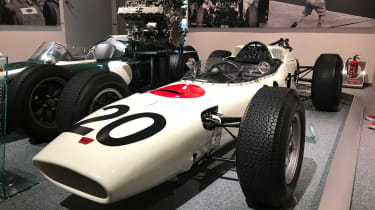 Honda had only being building cars for 12 months but had decided to make the enormous jump into F1. The RA271 was Honda’s first F1 car and was powered by a 227bhp 1.5-litre V12 engine 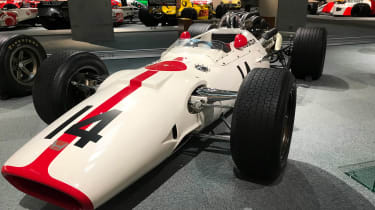 John Surtees raced the RA300 to a debut victory at the 1967 Italian GP. A change in regulations meant the V12 engine had increased to 3.0 litres, while power had swelled to 416bhp. 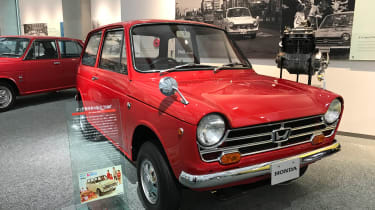 The N360 was the beginning of Honda’s front-wheel drive passenger car range. It was the best selling K car in Japan for three consecutive years, with its 31bhp 354cc engine being more than its rivals. 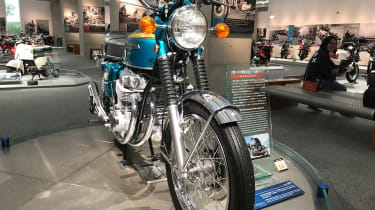 The Honda CB750, the first bike to use an in-line four cylinder engine, was so successful Honda used the profits to fund production of a new facility in Ohio, USA. 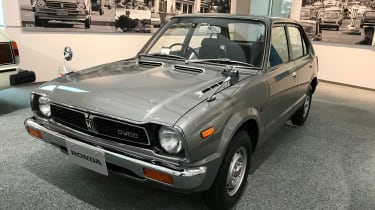 The first generation Civic landed in 1972, while this particular model is named on account of its new CVCC engine. It was the first car to pass stringent new emissions tests by America’s EPA regulators. 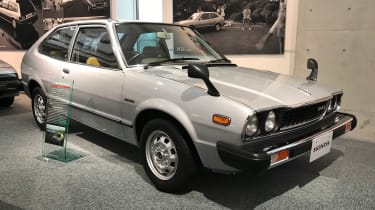 The Accord landed in 1976 and offered buyers the space and comfort the Civic lacked. It was also the first Honda to feature power steering and air conditioning. 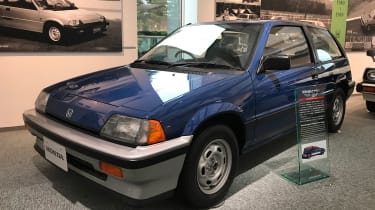 Recognizable for its elongated roof the third-generation Civic was a big step on for Honda; the unique body brought huge gains in interior space. The three-door model was also joined by a four-door hatch and five-door estate. 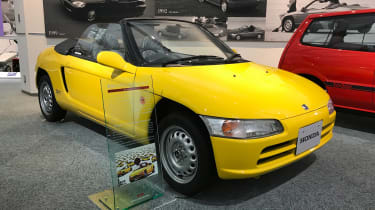 The Beat was the first performance-based K car. It featured a mid-mounted 64bhp 656cc engine, with power sent to the rear wheels. It revved to 8,100rpm. 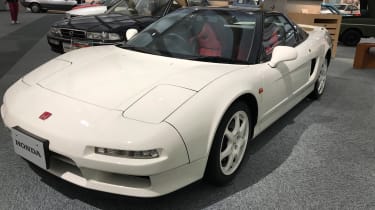 Arguably the most famous car to wear the Type R badge, the NSX Type R was all about weight reduction and superior performance. Around 120kg of weight was removed over a standard NSX bringing the total weight down to 1,230kg. It was powered by a 277bhp 3.0-litre V6 engine. 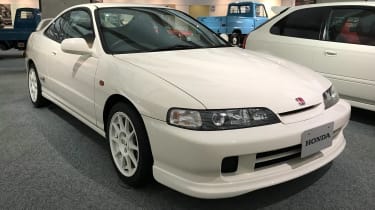 The next Type R was the front-wheel drive Integra, which followed the same recipe - less weight and more power. It tipped than scales at just over 1,000kg and developed 197bhp from its 1.8-litre four-cylinder engine. 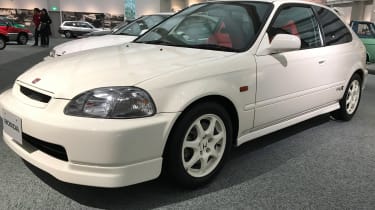 Honda has raced through five generations of Civic Type R in a little over 20 years. The EK9 was powered by a 1.6-litre engine, which sent its power to the front wheels via a five-speed manual gearbox. 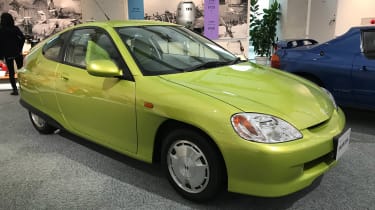 In 1999 the Insight’s 82.5mpg fuel economy claim was the best in the world thanks to it hybrid powertrain – a first for Honda. The 68bhp three-cylinder motor was assisted by a 13bhp electric motor.

Which is your favourite Honda from the past? Let us know below...