New Sunday charges, plus tickets and permits, set to rise by up to 45 per cent as councils plug spending gaps 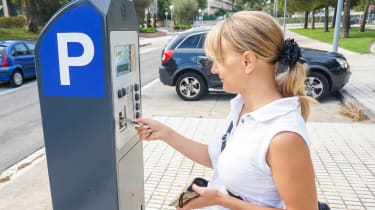 Drivers face sharp increases in the cost of parking tickets and permits, as local councils across the country seek to solve funding issues by targeting motorists.

One council is understood to be increasing fees by 45 per cent, while another is introducing charges on Sundays.

An audit by the Daily Mail found many local authorities – including Cheltenham, Reading, Leicester, Bristol City, Dover, Thanet, Flintshire, Bournemouth, and Brighton and Hove - are introducing higher parking rates. Dover and Bristol are bringing in Sunday charging, while Cheltenham council hiked parking fees by 45 per cent on 1 March.

MP Robert Halfon said the charges were part of a “war on motorists” that “has got to stop.” The Conservative MP told the Mail: “Whether it is hospital parking charges, or council parking fees, motorists are seen as a cash cow and are being hit by one stealth tax after another.”

The paper’s audit follows a survey of 113 councils by the Local Government Information Unit (LGUI), which found 93 per cent of authorities plan to introduce increased charges across their boroughs.

The LGUI's financial audit survey, answered by almost a third of England’s 353 local councils, found 80 per cent of authorities “fear for their financial stability”. 93 per cent are planning to increase charges across their boroughs in order to make ends meet, with 95 per cent saying they would increase council tax, too.

The planned hikes are deemed necessary because, according to the report, local authorities are facing a financial “cliff edge” following a £16 billion cut in Government grants (from which councils draw half their budgets) since 2011.

Local councils in England took £1.582 billion from parking fines, fees and permits in the last financial year, making an £819 million ‘surplus’ in the process. This represented an increase of 10 per cent on the previous financial year, and a 40 per cent rise from 2012/13 figures.

Parking surpluses are ploughed back into local authorities’ transport operations, but even these could be cut. While the survey found poor transport infrastructure was the top-rated “barrier to economic growth” for the 113 councils that responded to the survey, 33 per cent said they planned cut highways and transport funding this financial year.

The survey also found that of the 95 per cent of local authorities in England planning to raise council tax rates this financial year, almost three-quarters said they would be increasing it by more than 2.5 per cent.