Four in 10 parking and bus lane fines overturned on appeal 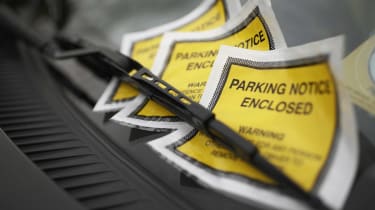 Local councils across the UK overturned 40 per cent of all bus lane and parking fines following appeals from motorists, new data has revealed.

Figures obtained via a series of Freedom of Information requests sent to every local authority in Britain show 4.3 million appeals for parking and bus lane fines were lodged between 2012 and 2017, with 1.8 million appeals being successful.

Basingstoke and Dean council overturned the highest proportion of tickets, with 90 per cent of 12,804 appeals lodged over the five-year period proving successful.

This meant a quarter of all parking and bus lane tickets issued by the council were eventually cancelled, although the installation of new parking machines in 2017 has since reduced the rate of successful appeals.

Christchurch Borough council, meanwhile, overturned 83 per cent of tickets on appeal, while Nuneaton and Bedworth overturned 81 per cent.

Aberdeenshire Council, which overturned 70 per cent of tickets on appeal, said they "generally take the view that the cost of pursuing payment is not the best use of resources" when dealing with first-time offenders.

The figures, obtained by the BBC from 245 local authorities in Britain, found 84 councils overturned more than 50 per cent of all tickets on appeal.

The results were deemed “frightening” by RAC spokesman Simon Williams, because: “They reveal that in a very high proportion of cases drivers have been right to appeal. Councils should learn from this."

Martin Tett, the Local Government Association’s transport spokesman, told the BBC: "As these figures confirm, people who want to challenge a parking fine have access to a clear and effective appeals process.

"Councils have to strike a difficult balance when setting parking policy, to make sure that there are spaces available for residents, high streets are kept vibrant and traffic is kept moving. They also need to ensure that emergency vehicles can get access to incidents quickly."

Have you ever escaped a parking penalty? In February 2018, a London motorist managed to avoid a £130 fine because he needed the toilet…