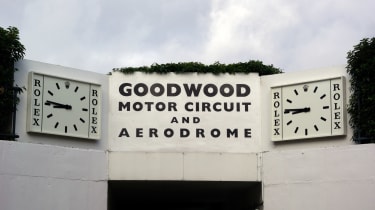 The Goodwood Revival is an annual event, just like the famous Festival of Speed, held near Chichester at the Goodwood Motor Circuit and Aerodrome.

It's a huge festival that celebrates the years before and after the Second World War, with attendees getting into their best fancy dress to make it really seem like the good old days are back. Of course, for most Auto Express readers the cars will be the main attraction, so we've been along to bring back a flavour of the show for those who couldn't make it. 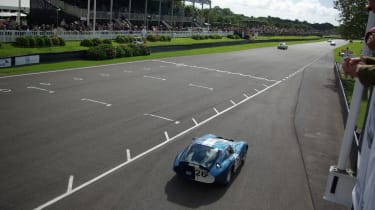 One of the six Shelby Daytona Coupes that were at this year's event exits the pit lane. 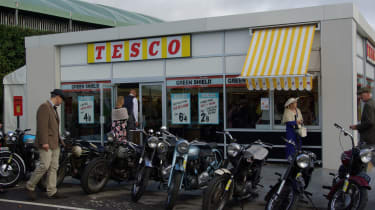 This old-style Tesco shop is a staple at Goodwood, giving showgoers a taste of past supermarkets. 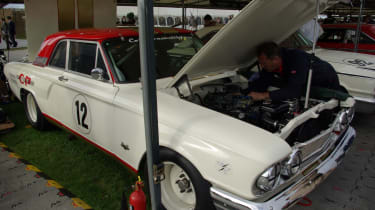 A mechanic fixes the carburettor of this racer's huge V8 engine - in plain view of the crowds. 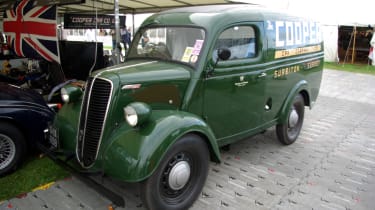 Even the support vehicles are in-period at the Goodwood Revival! 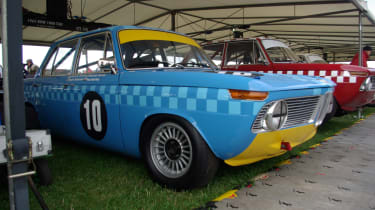 A BMW 1800 Ti/SA ready to race - and you could hardly miss it with the bright livery. 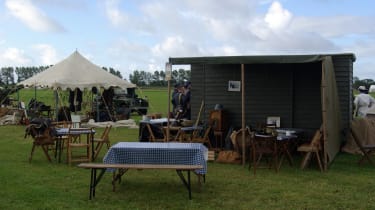 One of the many scenes set up around the festival to add wartime flavour to the event. 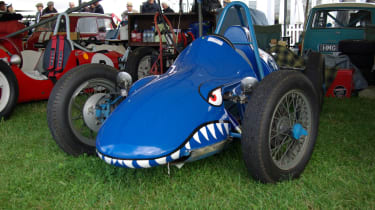 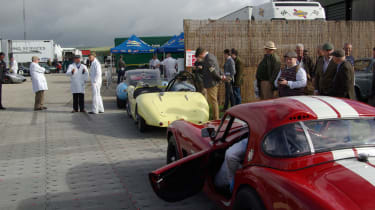 This is the queue to refuel - with so many huge engines in these cars it's a popular place for the engineers... 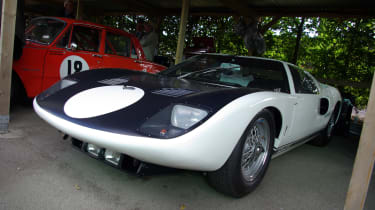 This Ford GT40 Le Mans prototype was part of the Bruce McLaren tribute. He died at the Goodwood Circuit while testing a racing car in 1970. 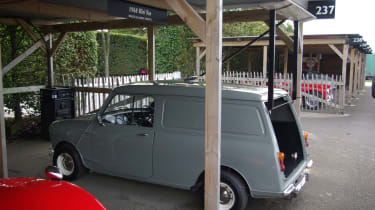 McLaren used to use this Mini van to test wings for its cars! 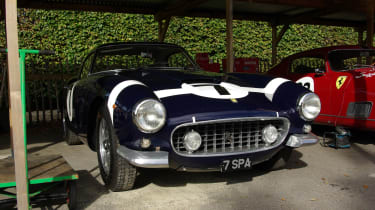 The Ferrari 250 SWB is said by many to be the prettiest car of all time - and it's hard to argue with them. 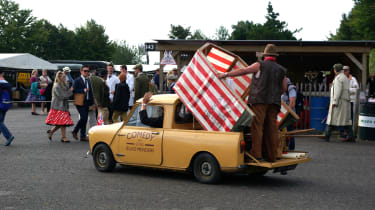 The organisers of the event always put on small acts that make their way around to entertain the public and add flavour - this road repair team was a great addition this year. 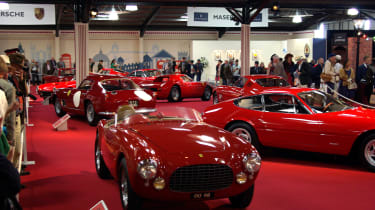 The Earl's Court Motor Show recreates motor shows of old inside its walls, with a focus this year on Ferraris. 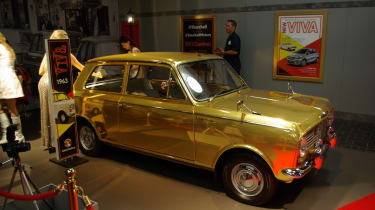 Vauxhall brought along this golden Viva. Could be the most valuable Viva ever? 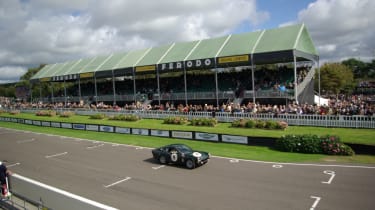 A Sunbeam Tiger blasts past the grandstands on the main straight. 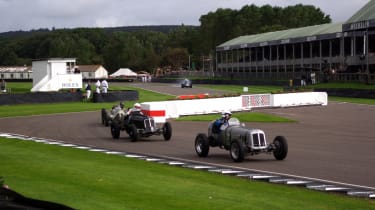 A trio of 1930s and 1940s Grand Prix cars races through the chicane on the Goodwood Motor Circuit. 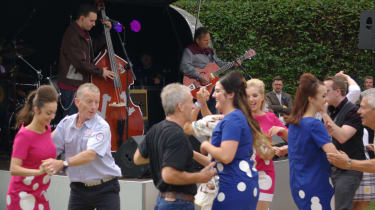 An American-themed area features a live band, and of course that means dancing. 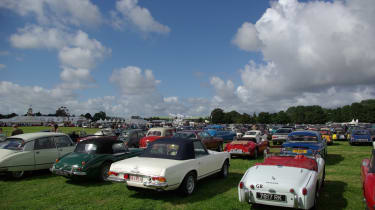 As always the car park at the Revival was brilliant, with thousands of amazing cars all lined up. 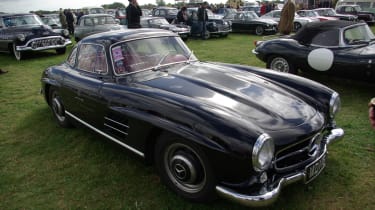 This beautiful Mercedes 300SL wasn't a static display - it was brought to the event by a showgoer. 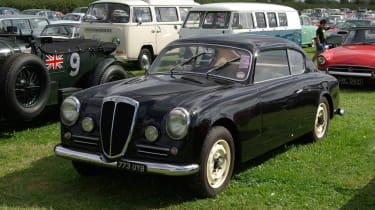 A gorgeous Lancia Aurelia in the Revival car park. 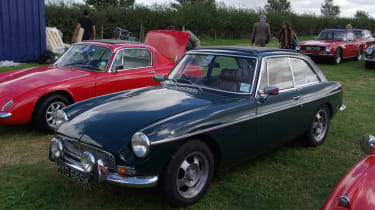 If you've ever wanted to see an MGB, this is the place: there are hundreds and hundreds of them.

Did you attend the Revival this year? Let us know your favourite part of the event below!