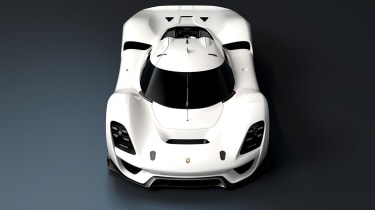 The Porsche 918 Spyder is a sight to behold even on its own, but some Porsche enthusiasts felt it needed a GT-style makeover. That’s where the team behind these renderings comes in. Although it’s unlikely to ever hit production, the Porsche 908/04 Vision GT Concept is a stunning look at a car that’s bound to rocket to the top of people’s wishlists.

Created by a team of Porsche enthusiasts, industrial designers, and photoshop experts, the 908/04 concept harks back to the early days of ‘long-tail’ cars – a trend caused by the need to chase downforce in the 1960s and 70s. Porsche dominated this class with three cars – the 917LT, 935/78 and the 908 LH. 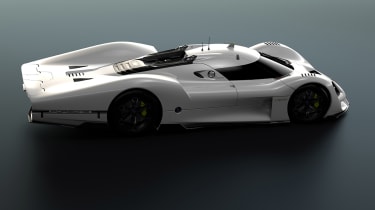 The elongated tails allowed these cars to be fantastically fast but they were notoriously difficult to drive, and the trend died out with more sophisticated downforce technology. The team behind the Vision GT Concept, though, think it should make a resurgence – and instead of stuffing the concept to the brim with technology, it's very much back-to-basics.

To that end, the driver-focused cockpit doesn’t feature a sequential racing gearbox – instead, a full three-pedal manual transmission would be installed, with a wooden gearshifter for the full-on retro effect.

Styling-wise, the Concept takes cues from the production 918 Spyder - including the exhaust silencers mounted on the rear deck. The car is much lower, though, with wide haunches and exaggerated wheelarches giving it an aggressive stance. 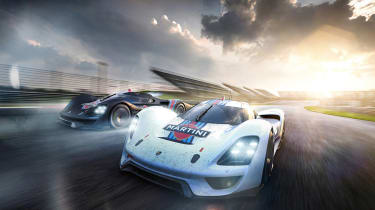 ‘We wanted to give it an advanced look with a truly mechanical soul’ said the team behind the renderings. ‘The idea was to make a modern interpretation of the 1969 908 LH.’

While this rendering is a million miles away from ever being produced, the designers did craft it with real proportions in mind. That means that it’s built to the correct dimensions to allow the right seating position, headroom, and visibility to make it feasible if Porsche ever did decide to bring it to reality. Now all we need to do is beg…