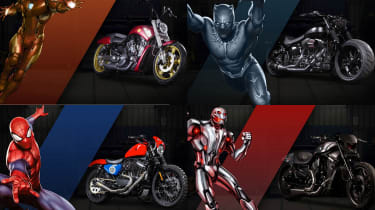 Harley Davidson has joined forces with Marvel comics to create a special series of custom motorcycles called the Super Hero Customs. Harley-Davidson dealers from Australia and New Zealand have made the series of unique bikes to celebrate the heroes and villains of Marvel Comics.

The motorcycles are all modified versions of some of Harley-Davidson’s regular motorcycle line-up, from the agile Roadster and Street 500 models to the big, laid-back cruisers like the Breakout and the Fat Boy. 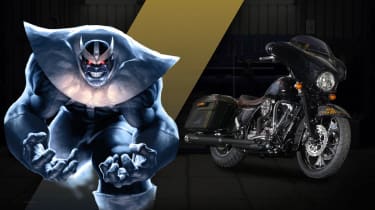 The Super Hero Customs characters that the bikes are based on range from the well-known Captain America, Spiderman and Iron Man to the less popular Wasp and Spider Gwen. Even a couple of villains - namely Ultron, from the Avengers series and Thanos from both the Avengers and Guardians of the Galaxy comics – get their own custom bikes.

Residents from Australia and New Zealand can also vote for their favourite bike, as part of a competition where they could win four tickets to go on holiday to Hollywood and Las Vegas. The holiday includes a visit to Disneyland, an indoor skydiving experience and a visit to the Harley Davidson Café in Las Vegas. If you’re a resident in either country, you can vote here.

If you’re not a resident, just sit back and take in how cool these bikes look. We particularly like the ‘Ultron – Rogue’ and ‘Iron Man – Fearless’ bikes!

Harley-Davidson has a long and illustrious history of creating unique custom bikes and special editions, and has always offered customers the ability to create their own unique motorcycle. If any of the Marvel super heroes did wander into a Harley dealership they might well go for something along the lines of the bikes imagined here. 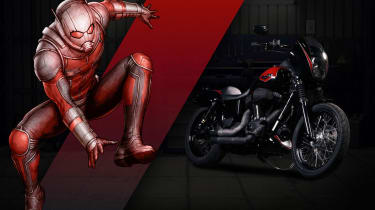 Which Harley-Davidson Super Hero Custom bike is your favourite? Leave us a comment below!