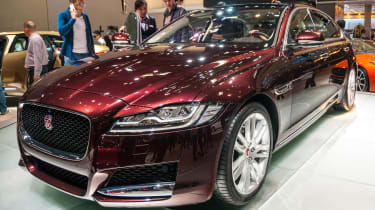 Jaguar took the wraps off an extended version of the XF at the 2016 Beijing Motor Show, with 140mm added to the wheelbase giving rear passengers 157mm more legroom and 116mm more kneeroom.

According to Jaguar, 90% of executive saloon cars are bought in China in long wheelbase form, with the new XF L being the first aluminium-bodied car built in China. It’s being built as part of JLR’s joint venture with Chery at a new state-of-the-art manufacturing plant in Changshu. 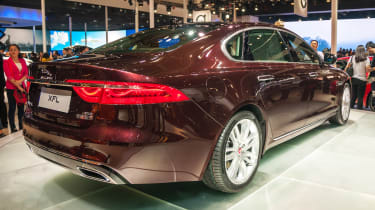 The new car also debuts a couple of new tech features, with Clear Exit Detection warning passengers of opening the doors into traffic approaching from behind. With an eye on China’s poor air quality, there’s also new cabin air ionisation technology to make the air inside the car more comfortable.

As many of these cars will be chauffeur driven, there’ll be wifi for rear passengers, along with the option of folding tables, massaging seats and electric window blinds. And for the driver, the latest InControl Touch Pro infotainment system with its 10.2-inch touchscreen works alongside a configurable 12.3-inch digital instrument cluster. 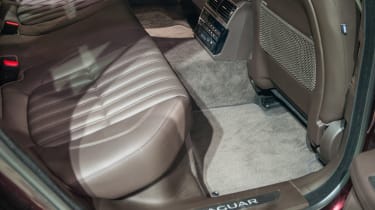 Two 2.0-litre and one 3.0-litre supercharged V6 petrol engine will be offered, with all versions getting an eight speed auto box driving the rear wheels.

Although the XF L features the same interior layout as the standard car, it will be offered with a slightly different trim, as Jaguar design director, Ian Callum, explained to us. “We have put more chrome in the car because we felt it was more in keeping with local tastes,” he told us.

Would you like to see a long wheelbase XF offered in the UK? Let us know in the comments... 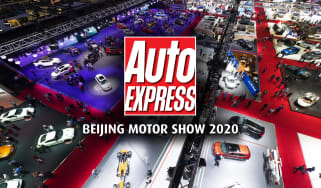 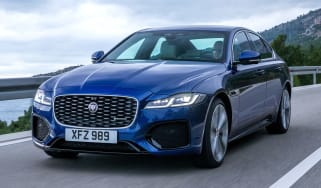 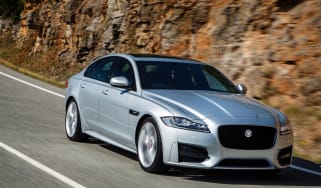