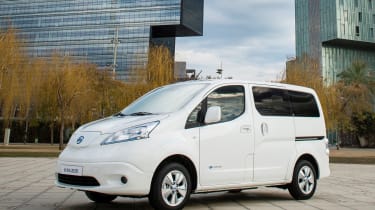 Nissan has launched a new version of its all-electric e-NV200 van at the Nissan Futures 3.0 event in Oslo, Norway. With an upgraded battery, the plug-in commercial vehicle can now boast an official range of 174 miles.

The second edition of the electrified NV200 van will provide customers with an extra 62 miles in range, offering 174 miles on a single charge. The extra range is down to Nissan’s new 40kWh battery giving a 60 per cent range improvement over the original e-NV200 that was launched in 2013.

Despite the extra juice it provides for the electric motors, the battery itself remains the same size as the one in the original e-NV200 van, meaning customers will not have to sacrifice load space or lug around extra weight with the longer-range model. 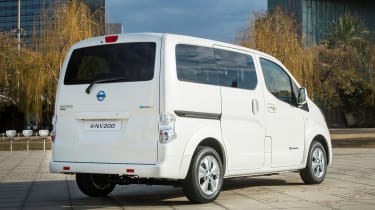 The van was launched as part of the Nissan Futures event in Norwegian capital Oslo, Europe’s Green Capital for 2019. This year’s event was called ‘The Car and Beyond’ and it showcased what Nissan is offering to customers in the all-electric market. The brand new Leaf was also unveiled alongside the extended range e-NV200 while the Japanese manufacturer also showed off a new range of home and office charging points.

The new Nissan 7kW home chargers are able to charge EV vehicles to 100 per cent power in five and a half hours, while the 22kW charger for businesses can charge the e-NV200 and Leaf in just two hours.

Is 174 miles of range enough for an all-electric van? Let us know your thoughts below...