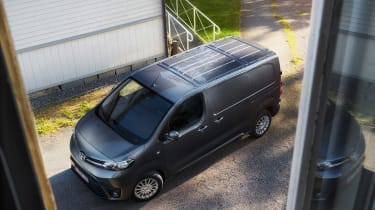 The Proace is the fourth and final van that's part of the Citroen Dispatch, Peugeot Expert and Vauxhall Vivaro platform sharing project. The major difference between the Toyota and the other vans is its sharper looks; nearly everything else is identical. 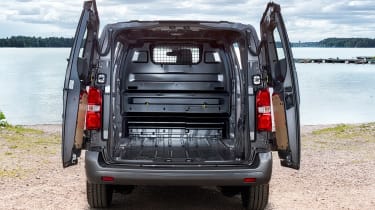 Power still comes from diesel engines - none of Toyota's hybrid technology has made it across to the van just yet - and there are Compact, Medium and Long panel van options, as well as a Crew Cab and People Carrier, which is a more basic option than the Proace Verso full MPV.

Like its sister models, the Proace isn't the roomiest mid-sized van, but it offers a more car-like driving experience than some rival vans. Options include blind spot detection, lane departure and a head-up display, while the interior is more upmarket than you might expect. On the move the Proace is a smooth drive, with the mid-spec diesel and above offering refinement and smoth pulling power.