Launched earlier this year to cater for demand for ultra-high-performance tyres, Falken’s Azenis FK510 might have expected to do better than seventh in this test. 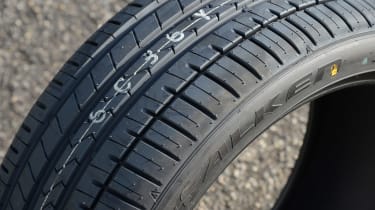 Launched earlier this year to cater for demand for ultra-high-performance tyres, Falken’s Azenis FK510 might have expected to do better than seventh in this test. It wasn’t as comfortable as some in the deep water of the aquaplaning assessments, particularly when those water-shifting grooves were twisted in the curved test.

Like the Vredestein, it was much closer to the best in the straight-line test. Oddly, it also struggled on dry roads, finishing last in dry braking and eighth for handling. 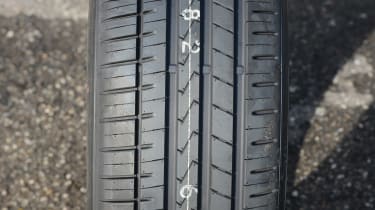 It felt very secure on the dry track, with the rear safely following the front, but it was soft and required a lot of lock. In the wet, it was closer to the best, finishing second behind the Michelin in braking. For a new tyre, fuel economy could have been better.