The best cars at the 2017 Salon Prive car show

The 2017 Salon Prive car show has begun at Blenheim Palace. Our gallery charts the best cars on display 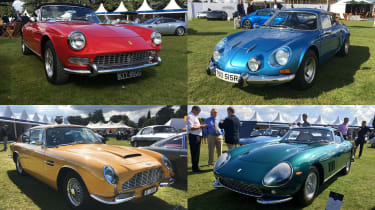 Classic car enthusiasts have descended on the grounds of Blenheim Palace for the 2017 Salon Prive car show, with all manner of vehicles contributing to a diverse line-up.

As you’d expect, a strong contingent of classic cars assembled for the Concours d’Elegance, with judged categories including ‘Best of British’, ‘Curvaceous Coupes’, ‘Riviera Cruising’ and ‘Evolution of the Supercar Pin-Ups’, to name a handful.

Also featuring on the first day of the 2017 show was Salon Prive’s first global supercar launch, with guests treated to the unveiling of the new ATS GT. 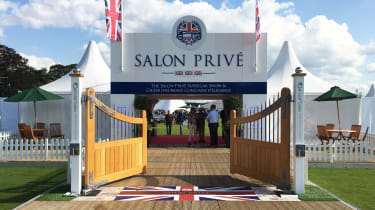 The £1,000,000 car is powered by a 3.8-litre twin-turbo V8 engine, which the firm hopes will produce as much as 800bhp when the development process is eventually concluded.

Meanwhile, other notable cars in attendance included the new Renault Alpine, the Lamborghini Centenario and a Ferrari Enzo.

However, this trio merely scratches the surface, with dozens of pristine machines being showcased on Blenheim Palace’s lawn. To see the best of what the UK’s most well-to-do car show has to offer, check out our gallery above…

What’s your favourite car at Salon Prive 2017? Flick through our gallery then tell us in the comments section...