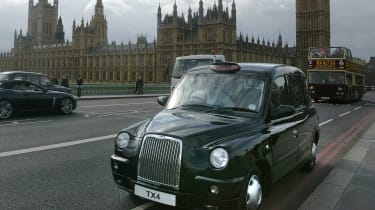 London cabbies will soon be taking to the capital’s streets with state-of-the-art data-logging systems, creating a dynamic and high-definition virtual map for future autonomous vehicles.

The announcement comes following a series of agreements between tech and ride-hailing companies as well as government authorities, and will see around 500 black cabs in London kitted out with mapping equipment.

By using cutting-edge advanced driver assistance systems (ADAS) fitted to London taxis, a network of “high definition crowd sourced maps” will be created, detailing streets and key infrastructure in the capital for autonomous cars to use, while also helping London itself become ‘autonomous ready’.

The mapping hardware and software, developed by Intel-owned tech company Mobileye, is to be fitted to London cabs by ride-hailing company Gett. It can be installed in any vehicle and comprises a single windscreen-mounted camera, together with a processing system. As well as building up a dynamic data picture of city streets, the company’s equipment could bring extra safety features, thanks to its collision prevention features.

The project, due to start in early 2019, will also see Uber drivers in New York and cabbies in Düsseldorf help shape the self-driving future while, in the US, up to 2,000 trucks are expected to be kitted out with the necessary equipment.

Is this a case of London cabbies sowing the seeds of their own obsolescence or will self-driving cars never catch on? Let us know in the comments...