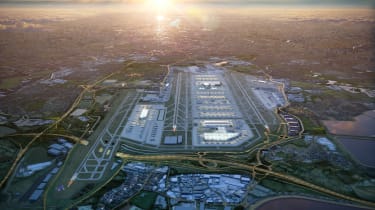 Heathrow Airport has announced a new Heathrow ULEZ (Heathrow Ultra Low Emission Zone) under which drivers dropping off passengers or parking at the airport will be charged up to £15 per day.

Set to be implemented in 2022, the Heathrow ULEZ will see the introduction of minimum vehicle emissions standards identical to those of the London ULEZ for cars and private hire vehicles entering car parks and drop-off areas at any of the airport’s terminals 24 hours a day, seven days a week.

Precise details of the charges and the levels at which they will be set have not yet been announced, but a preliminary figure of between £10 and £15 is being considered. Like the London ULEZ, the Heathrow ULEZ will target pre-Euro 4 petrols (typically those built before 2006) and pre-Euro 6 diesels (built before 2016).

Heathrow Airport is already covered by the London Low Emission Zone, which affects buses and HGVs, so these vehicles will not be subject to the Heathrow ULEZ. Black cabs will also be exempt from the charge.

From 2026, though, when the airport’s third runway opens, the Heathrow ULEZ will change into a “vehicle access charge”, which will affect black cabs, as well as all passenger cars and private hire vehicles entering car parks and drop-off areas.

• Electric cars would cut CO2 emissions by only 0.4 per cent

Is the Heathrow ULEZ charge fair? Will other Airports follow suit? Let us know your thoughts in the comments...