Number of speed bumps in UK increases to 42,000

The UK now has 42,000 individual speed bumps on a total of 14,000 different roads, with London Boroughs having the most 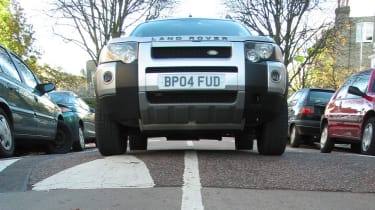 The number of speed bumps in the UK has increased by five per cent in the last three years, according to new data.

There are now more than 42,000 individual speed bumps in the UK, covering some 2,000 miles of road on 14,000 roads around the country. Furthermore, there are 12,000 other traffic calming measures, such as speed tables, ramps and width restrictions.

• A fifth of drivers say speed bumps have damaged their cars

The figures came from an investigation by Citroen, which sent Freedom of Information requests to more than 400 councils in the UK.

London Boroughs tend to have the highest number of speed bumps per mile of any local authorities. Newham Council, which is responsible for 125.28 miles of road, said 100 per cent of its roads have speed bumps on them.

Southwark Council was in second, but still quite a long way behind. The local authority is responsible for 210 miles of road, of which 71 per cent – approximately 148.24 miles – have speed bumps. Meanwhile, Hackney has speed bumps on 69 per cent of its 150 miles of road.

Speed bumps were first introduced in the UK in 1983 under The Highways (Road Humps) Regulations and are designed to slow drivers down in built-up areas.

Under the Highways (Road Humps) Regulations 1999, councils have devolved power from central Government to install humps and associated calming measures on roads with speeds of up to 30mph in the interests of road safety.

Are there better ways of controlling traffic that installing speed bumps? Have your say in the comments..