What does TDI stand for?

TDI is a badge found on modern diesel cars from a variety of car manufacturers, but what does it actually mean? 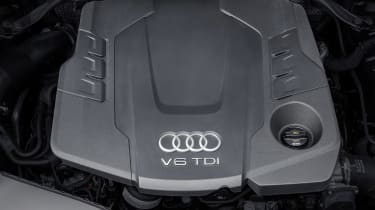 Diesel might be going through a tricky period at the moment, but it is still the fuel of choice for many larger cars and for anyone who needs to cover long distances. Diesel cars consistently offer better fuel consumption than an equivalent petrol car and offer comparable refinement too. Moreover new diesel cars, TDI-badged or otherwise, emit very low levels of harmful exhaust gases so the ‘dirty diesel’ reputation isn’t always deserved.

The boom in diesel during the 1990s and 2000s is in no small part due to the many refinements and advances in diesel technology that took place during this period, and the TDI engine was a significant part of this. Volkswagen Group vehicles first introduced the term, and diesel cars from other VW Group brands like Audi, SEAT and Skoda continue to use the term today.

The first part of the TDI moniker is relatively straightforward - it stands for ‘Turbocharged’, indicating that the car has a turbocharger fitted to its engine. A turbocharger is a compressor that is driven by the engine’s exhaust gases, and compresses the intake air. This means more air is packed into the combustion chambers and so more fuel can be mixed with it, delivering more power for a given amount of fuel.

The ‘DI’ element of the TDI tag stands for ‘Direct Injection’, the most efficient way of getting fuel into the car’s cylinders. Traditionally both petrol and diesel engines used indirect injection, where fuel was injected outside the cylinder, a system that was a hangover from when cars used carburetors. 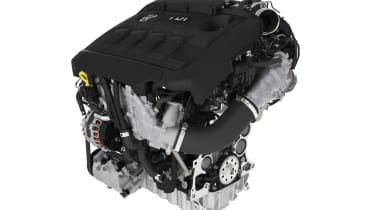 Outside of Volkswagen Group vehicles there are a host of other monikers that indicate a car is diesel-powered; almost all modern diesels use a form of direct injection and turbocharging even if the tag that is applied does not necessarily indicate this.

Most often the application of the letter ‘d’ means a car is diesel-powered; BMW, Jaguar Land Rover, MINI, Toyota and Volvo diesel vehicles all have the letter applied at the beginning or end of the trim designation. Other manufacturers include the letter ‘C’ to reference the use of common-rail injection, a system that allows high injector pressures for efficiency. Hyundai and Kia call their diesels CRDi, Mercedes-Benz uses CDI, Renault and Nissan call their diesels dCi and Vauxhall use the badge CDTi.