American manufacturer Trion Supercars has confirmed its 2,000bhp Nemesis hypercar will be put in to production in January 2016 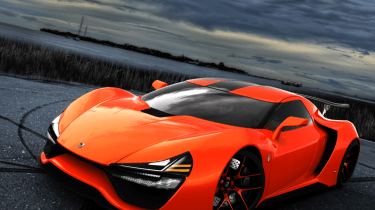 California-based company Trion Supercars will launch of its Koenigsegg One:1-rivalling Nemesis in January 2016. Currently under development, the Nemesis is hoping to put an end to the European dominance in hypercar makrket.

Trion was founded in 2012, and the Nemesis will be the company's first ever production car and will be powered by a 9.0-litre twin-turbocharged V8, developing 2,000bhp. It's likely to cost about £620,000.

Power will be transmitted to the road via an eight-speed sequential gearbox, helping crack the sprint from 0-62mph in 2.8 seconds. Top speed is yet to be verified but Trion claims it will be in excess of 270mph, on a par with the Koenigsegg's claimed 273mph and ahead of the Bugatti Veyron Super Sport's verified 268mph. 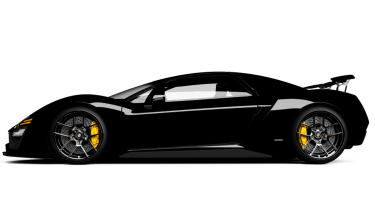 To help put such a power output  the Nemesis will be four-wheel drive. It is underpinned by a lightweight carbonfibre monocoque featuring a pushrod-based suspension system, and carbon ceramic brakes. Judging by the shape, aerodynamics will be a key factor in the speed.

The Nemesis will also be fitted with active aero and a ‘Predator mode’, which when selected by the driver, modifies interior lighting, stiffens the suspension, lowers ride height and gives a more raucous exhaust note.

The debut model will be handcrafted from carbon fibre in America, with the manufacturer claiming the interior will be fitted with ‘cutting-edge technology’. Images of the inside show a minimalist layout, and a Mclaren-style central touchpad control screen. 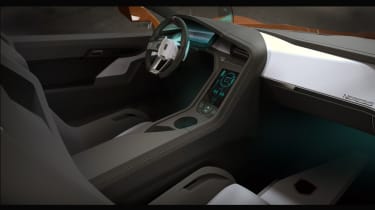 Trion is also quick to boast about the Nemesis’ practicality, claiming the boot can easily accommodate golf clubs and luggage. However, as prototype models won't be buit until February 2015, it's too early to back up most of these claims.

Production is set to start in January 2016, with a run of 50 models being built initially, depending on customer demand.

Do you think Trion's power claims are possible? Let us know in the comments section below...