Here's what the Ferrari range could look like in 2040 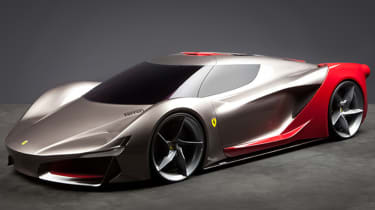 What will Ferrari's model line-up look like in 25 years? 2040 may seem a long time away, but the Italian super car manufacturer is looking to the future by launching a design contest, by asking top design schools to produce what they think the Ferrari of the future will look like.

The design contest also ran in 2005 and 2012, so this is the third time that creative schools have put forward their vision of the future. During the first round, there were around 50 schools, but now only four remain. Each school has submitted three designs, which range from the somewhat realistic to wacky concepts for the very distant future. 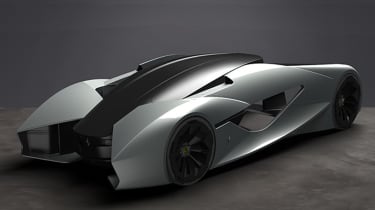 The final four design schools are: the ISD-Rubika, in France, the College for Creative Studies in Detroit, Hongik University in Korea and Hochschule Pforzheim in Germany.

Two prizes will be awarded - one by public vote, and one by a panel that includes racing driver Sebastian Vettel, designer Paolo Pininfarina, and musician and car nut Jay Kay.

Design students can produce some truly crazy concepts - as witnessed at any motor show, and these Ferrari ones are some of the most interesting yet.

Head over to Ferrari's Facebook page, where you can view the rest of the design images - and vote for your favourite.