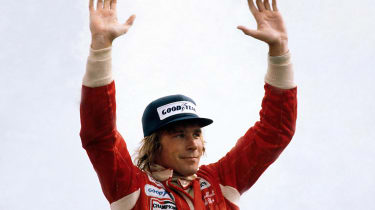 'James Hunt: Girls, Beer and Victory' runs from 11 February to 3 April 2016 at the Proud Gallery in Chelsea and features some of the most iconic photos of Hunt on and off the track.

Assembled in partnership with Sutton Images, the collection of pictures taken by photographer David Phipps charts the highs and lows of his career and his journey to becoming World Champion – a story recently made into the blockbuster film 'Rush' starring Chris Hemsworth. 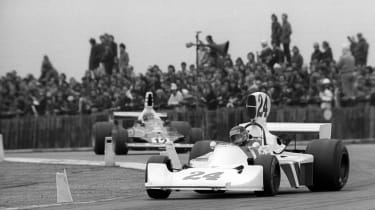 From his early days in Formula 3 to his move to McLaren and his renowned rivalry with Niki Lauda through the 1976 season, the exhibition reveals candid moments in both Hunt's racing and personal life.

Phipps began documenting F1 in 1960 as a photojournalist and was soon on first name terms with the drivers, teams and other media, travelling on the same flights and staying in the same hotels. As a result, he was able to capture candid and personal behind-the-scenes photographs of Hunt.

'James Hunt: Girls, Beer and Victory' runs from 11 February to 3 April 2016 at Proud Chelsea, 161 King's Road, London SW3 5XP. The exhibition is open from 10am to 7pm, Monday to Saturday and entry is free. More details at www.proud.co.uk