What is horsepower? The difference between HP, BHP, and PS explained

Want to know the difference between HP, BHP and PS? Read on for our bluffer's guide to horsepower... 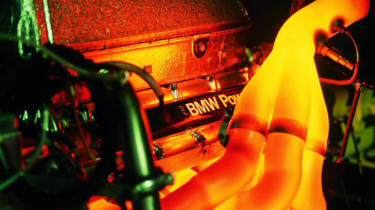 A common motoring question is, ‘what is the difference between horsepower, brake horsepower and metric horsepower?’. It is not unreasonable to wonder, as car manufacturers do not use a standardised system so punters can easily get swept up in a wave of performance figures which, if you are not careful, leave you thinking a car is more or less powerful than it actually is.

To ensure we are all on the same page, power is a measurement of work divided by time, with work being defined as force multiplied by distance. These equations are where the first definitions of horsepower came from.

• Driving on the right: we take our left-hand drive test

As the legend goes, a Scottish engineer by the name of James Watts measured the the pulling power of horses up a mine shaft. He found that one horsepower equated to roughly 33,000 foot-pounds per minute of work and consequently, the definition of one horsepower came into being.

What is HP compared to BHP and PS?

The metric equivalent of a single horsepower, referred to as 1 PS, equals 4,500 kilogram-metres per minute, which rounds to 32,550 foot-pounds per minute, or 0.9863 of a horsepower.

The horsepower rating of an engine is usually measured on a dynamometer, which is a form of mechanical brake used to apply variable loads to a running engine so that torque and power may be calculated at different engine revs – hence brake horsepower (which is always quoted at a given RPM).

Due to frictional losses, brake horsepower measured at the engine output shaft is always lower than an engine’s indicated horsepower – which is the name given to the total amount of power created by the combustion of fuel in the cylinders. (Only engineers tend to talk about indicated horsepower, and then just amongst themselves)

Wheel horsepower isn’t talked about much either, because it’s measured where the wheels meet the tarmac, and is therefore a lot lower than the all-important bhp figure, due to friction losses through the gearbox and drivetrain. Unsurprisingly, nobody in the car industry wants to advertise the lower figures, even if they’d arguably be the most relevant to compare. However, it is worth noting, that depending on who you speak to, wheel horsepower and BHP are often used interchangeably – again adding to the confusion.

Wherever it’s measured though, your car’s horsepower rating – or its rate of work – depends on how much fuel the engine can burn in a given time. And that's why horsepower tends to build as the engine revs increase (up to a point), because you’re pumping more fuel into the cylinders.

Now you’ve got horsepower sorted, why not have a look at our ‘what is torque?’ page….