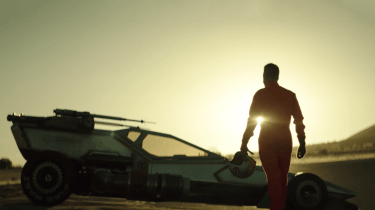 Mattel has created a full-sized Star Wars X-Wing ‘Carship’ to display to dedicated Star Wars fans at the San Diego Comic-Con this week. It’s part of a drive to promote the new range of Hot Wheels Carship die-cast models.

Styling details of the X-Wing Carship will be instantly recognisable to any Star Wars fan, the machine covered in the symbols of the Rebel Alliance. The cockpit may contain a steering wheel rather than guidance joysticks, but at least it’s the correct shape and the detailing is right on the money.

Safety and practicality reasons mean that the X-Wing’s prominent ‘S-foils’ don’t feature, replaced instead with large alloy wheels. Gone too are the laser cannons, proton torpedo launchers and top-mounted ion cannon, replaced by mere replicas – that’s health and safety for you.

Rather than the glowing thrust engines of the original starfighter, the X-Wing Carship is powered by a 2.0-litre four-cylinder Ford engine. While it won’t allow for hyperdrive speeds, Hot Wheels says the Carship can reach 165mph – and produce well over 400kg of downforce at these speeds. 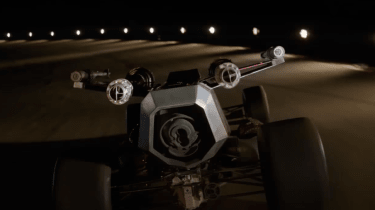 With figures like that it would seem that the X-Wing Carship is based on a Formula Ford racing chassis, but this hasn’t been confirmed.

The miniature X-Wing Carship is said to be going on sale at all good toy shops later this year, and the full-sized version will be on display at the San Diego Comic-Con from July 21-24 2016.

What Star Wars car conversion could be next - the Millenium Ford Falcon or the Empire's Death Car? Let us know in the comments below...