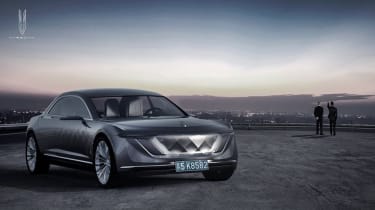 A new startup company has surfaced, named Varsovia Motor Company, and its first concept is this – the Varsovia. It’s a range-extending hybrid car, and boasts an incredibly luxurious interior.

The name ‘Varsovia’ translates to Warsaw – which should leave you in no doubt where the car comes from. The Varsovia has been designed for the company by Kadler, a local studio, which calls it ‘a new approach on a super luxury car’. 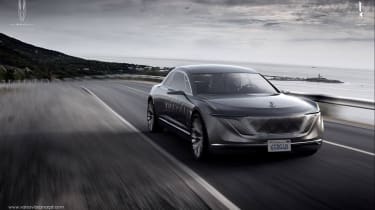 Underneath the Varsovia lies a range-extending hybrid powertrain, which the company claims will provide a 217-mile range on electric power alone, and a 528-mile overall range when the petrol generator fires up. It’s not all just about boring efficiency, either - the company claims a 0-62mph sprint that ‘will drop significantly under 5 seconds’.

On the outside, the car is certainly futuristic, with a quilted effect in place of a front grille, slender wing mirrors, and no real extrusions on the bodywork.

The inside, though, is where things get interesting. Varsovia has ditched the front passenger seat to make way for a ‘mobile office’ – combining a luxurious back seat with a built-in computer and two transparent 19-inch displays. Why transparent? Well, it’s so they can fold up into the ceiling when not in use and become part of the panoramic sun roof, of course. The folding tables in the rear even have a stabilisation mechanism so you don’t spill your coffee. 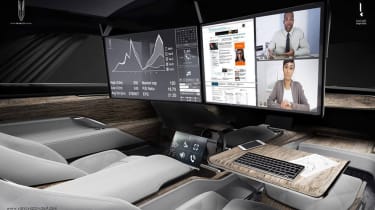 Those luxurious back seats come with the usual trio of heating, cooling and massage settings, but Varsovia claims the car will also recognise the passenger’s emotional state. Using sensors and a camera, it will read passengers pulse and assess if they are tired or excited, and tailor the cabin lighting, seat firmness and even music choice to suit.

What do you think of this striking hybrid concept? Could it be the Tesla-beater we never knew we wanted? Let us know in the comments below...