All you need to know on the 2017 WRC season, including full season calendar, form guide and an interview with Hyundai on its title chances 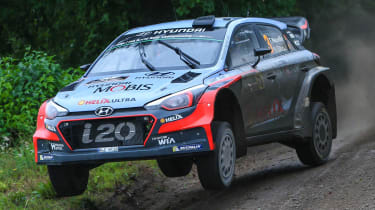 This weekend sees perhaps the most anticipated World Rally Championship season in years kick off, with the traditional late January visit to the Monte Carlo stages.

The withdrawal of the all-conquering VW team and its star driver Sebastien Ogier’s move to Ford, along with new technical rules, the return of Citroen and the arrival of new manufacturer Toyota have all combined to seemingly level the playing field for 2017.

VW’s absence and improvements shown by Hyundai have made the South Koreans pre-season favourites for many. The brand’s motorsport president G.H. Choi was very clear at the new i20 WRC launch before Christmas, saying “our learning is done, now we aim to win the championship”.

Hyundai’s driver line-up of Belgian Thierry Neuville, Kiwi Hayden Paddon and Spaniard Dani Sordo is unchanged – continuity that all three welcome. “Stability is always positive – we know we’re able to put a lot of pressure on the other teams, so it’ll be to our advantage,” Neuville told Auto Express when we spoke at the launch. 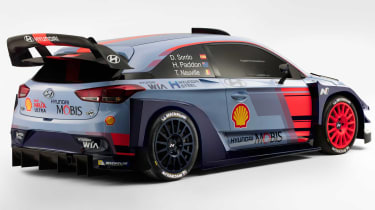 In common with most drivers, Neuville expects the new rules to make the cars faster, but not necessarily more dramatic to watch, as some fans have hoped.

“It’ll be quicker and more fun, yes, but whether it’ll be more spectacular from the outside, I don’t know,” he said. “Everything is better: the brakes, aero, stability and engine power.”

Paddon added: “On slow gravel rallies, there won’t be much difference, as torque is unchanged; we just have more horsepower. But on faster tarmac like Catalunya we could be up to a second per kilometre quicker.”

Neither Neuville nor Paddon agrees that Hyundai is a shoe-in for wins and the title in the absence of VW. “For me, everything is open again,” said Neuville. “We have a good car and we feel it’s fast, but we don’t know how good the others are. They’ve started from scratch, whereas we’ve based ours on last year’s car and improved, so hopefully this will be an advantage.

“On some rallies, we’ll probably be the benchmark, but Citroen’s going to be strong.”

Paddon, who broke his WRC duck with a win on last year’s Rally Argentina, reckons Ogier will be as much of a threat at Ford as he was at VW: “It doesn’t matter who Seb’s driving for, he’ll still be one of the fastest,” he said. “But I think it’s very good to have Thierry in my team: he’s a benchmark that I can use to improve myself.

“I think Seb and Thierry and [Citroen’s] Kris Meeke will be the three to keep up with. I think every team feels that 2017 is going to be their big chance, but it’s a lot more open now.

“It could be anyone’s title: we have lots of rally-winning drivers and we at Hyundai can’t take for granted that we’re in the box seats.”

Fans in the UK will find it easier than ever to follow the WRC in 2017, due to online coverage from Red Bull. There will be highlights on Friday and Saturday evenings, a show including a live stage on Saturday afternoon and a rally wrap-up on Sunday evenings. All programmes will be available to watch on demand at Redbull.tv once they’ve aired. 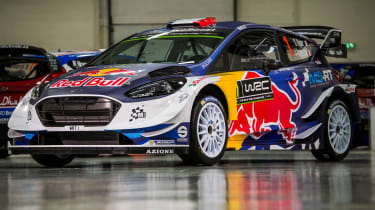 Malcolm Wilson’s M-Sport team has an all-new Fiesta for 2017 – and, in the shape of Sebastien Ogier, a four-time World Rally Champion to drive it. The Frenchman hasn’t been involved in the car’s development, so much will depend on how quickly he gets to grips with a car that hasn’t been built to his tastes. The other Fiestas will be driven by rapid Estonian Ott Tanak and Welsh youngster Elfyn Evans. 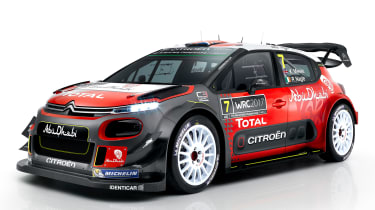 In public, Citroen is targeting wins in 2017 and titles from 2018. In private, there’s a belief the C3 can be fastest straight away. The man most likely to benefit is Kris Meeke, whose title prospects depend on how patient he can be in unpredictable Monte Carlo and Sweden and scoring well on events where he doesn’t have as much experience. His team-mates will be Craig Breen and Stephane Lefebvre. 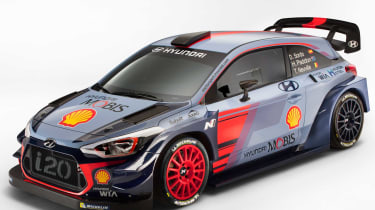 The latest i20 WRC looks impressive and Hyundai has kept its strong and stable driver line-up. Neuville’s form can be patchy, but he’s a formidable competitor when he has a sniff of a result. He will be supported – and at times surpassed – by Paddon, who has the pace to add to his 2016 Rally Argentina win. And with Sordo’s safe pair of hands in the third i20, it’s small wonder Hyundai is many pundits’ tip for the 2017 manufacturer’s crown. 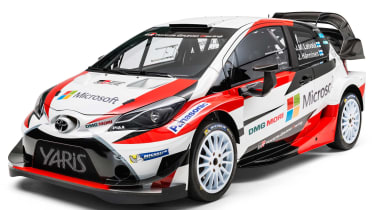 Four-time world champion Tommi Makinen has been given the task of leading Toyota’s rallying return in 2017. He’s created a Finnish superteam based in his home village. Team leader will be Jari-Matti Latvala and Toyota’s prospects will depend as much on his fickle mentality as the development of the Yaris WRC. The second and third drivers are Juho Hanninen and promising youngster Esapekka Lappi.