Swiss/German four-door all-electric supercar will do 0-62mph in 2.3s and offer 373-mile range 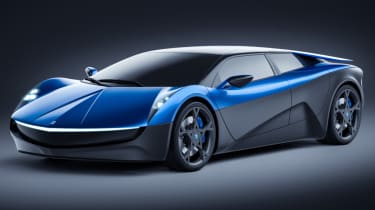 The four-door, four-seat, four-wheel-drive electric supercar from new Swiss/German EV start-up Elextra has been revealed in full, following a selection of teaser images issued around this time last year. The maker promises its first EV will offer “the highest level of engineering and craftsmanship available” when it launches in 2019.

The new car is the project of Elextra - an electric car company angling to take on the Tesla Model S and forthcoming Porsche Mission E. The firm says the car will seat four people and accelerate from 0-62mph in under 2.3 seconds, thanks a "revolutionary" four-wheel-drive electric powertrain developing 671bhp. Its makers claim a 155mph top speed, and a range of more than 600km (373 miles) on a single charge. 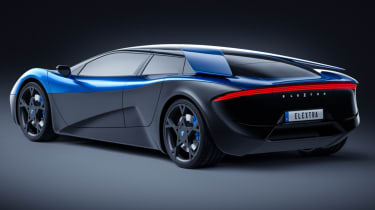 The Elextra is the brainchild of Danish entrepreneur Poul Sohl and Swiss automotive designer Robert Palm, who says that the car will feature a “low, sleek and beautiful design paired with today’s most advanced technology.”

The EV will be built in Germany and will be “based upon the best electric vehicle platform in the world”, though the company has not yet revealed any of the technology underpinning the vehicle. It uses a "stiff and extremely stong" carbon fibre tub, which Elextra says weighs 25 per cent less than conventional aluminium constructions. 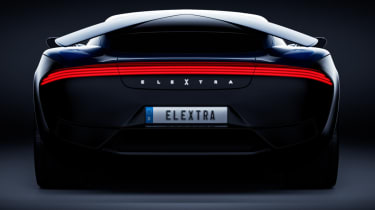 The side profile is a low wedge containing four-doors, while the front end boasts an angular, pointed nose. At the back, a large horizontal taillight spans the width of the vehicle, underneath two distinctive floating buttresses.

There's no word on whether the Elextra will be on show at next month's Geneva Motor Show, but it's highly likely given the car's Swiss roots. We'll have more information on the all-electric super saloon in the coming months, ahead of its customer launch next year.

What do you think of the Elextra? Let us know in the comments!