F1 teams have unveiled their new contenders, with 2017’s regulations throwing up some striking designs 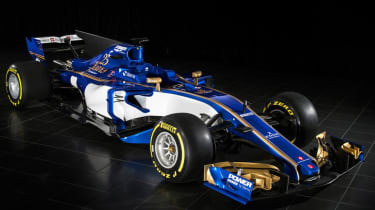 All ten F1 teams have revealed their new cars for the 2017 campaign, giving fans their first look at the aggressive styling changes expected under the sport’s new regulations.

World champions Mercedes followed Sauber, Renault and Force India by pulling the covers off the car they hope will propel them to a fourth consecutive constructors’ title this year, roughly a month ahead of the first Grand Prix of the season in Melbourne, Australia.

Ferrari and McLaren-Honda followed suit, with the latter presenting a hotly anticipated orange livery in the wake of Zak Brown’s succession to Ron Dennis as CEO of the Woking outfit. 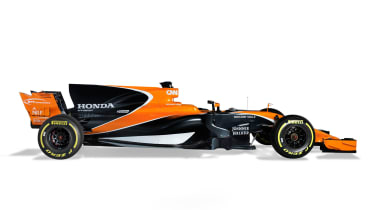 Williams then released the first studio shots of its 2017 offering, with Red Bull, Toro Rosso and Haas F1 completing the grid’s official reveals on the eve of the first test session in Catalunya.

Interest in this year’s launches has been intensified by the introduction of new regulations for 2017, which have been designed to make cars more attractive and several seconds per lap faster than 2016’s models.

As the new regs are somewhat of a clean slate for F1, a lot of focus has been drawn to the teams’ interpretations of the rules, particularly in the aerodynamics department.

Everyone has revealed a mandatorily curved front wing featuring multiple vanes, while most have adopted a nose cone with ‘nostrils’ to allow more air to flow underneath the car’s body.

Side pods have also varied greatly across the contenders made public so far, while ‘shark fins’ protruding from the top of the engine covers have ranged in size massively throughout the field. 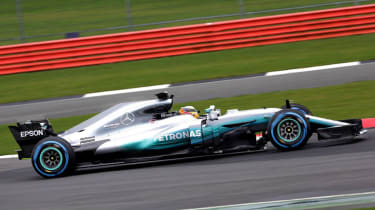 Another development is the so-called ‘T-wing’ - an aerodynamic aid placed in front of the rear wing - sparked by an apparent loophole in the new rulebook.

This week’s test should offer some clues towards the pecking order of the teams, but we’ll only really find out who has done the best job over the winter when the lights go out in Melbourne next month.

With engines carried forward from last year, most expect Mercedes to lead the way again, with 2016 runners-up Red Bull thought to be the most likely to challenge the Silver Arrows’ dominance.

And while drivers have welcomed the addition of grippy, more durable tyres, some have voiced concerns that the added downforce will make overtaking more difficult.

We have a while to wait before we find out if the new formula is a recipe for success...

Do you like the new cars? Will F1 be a better spectacle this season? Give us your thoughts in the comments section below... 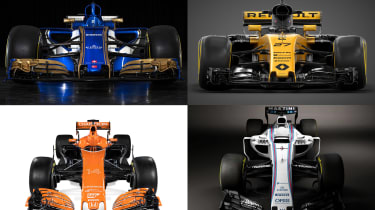 Williams stole a march on the rest of the field by releasing rendered images of its FW40 earlier than planned. It will be driven by teenager Lance Stroll and F1 veteran Felipe Massa, who came out of his (albeit brief) retirement to replace Valtteri Bottas when it was announced the Finn would move to Mercedes. 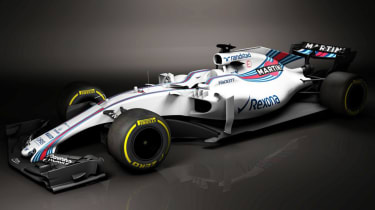 Sauber is celebrating 25 years in F1, hence the emblem on the rear and the gold trimmings. The team finished 10th in the constructors championship last season, pipping Manor to a significant windfall which eventually condemned the minnows to administration. For 2017, Sauber has retained Marcus Ericsson and brought in youngster Pascal Wehrlein. 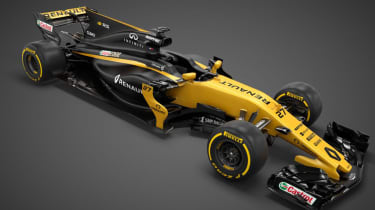 With a last-minute takeover of the Lotus team last year, Renault ended up launching temporary colours on the previous year’s chassis. Not this time. The two-tone livery has been applauded by many, and the French manufacturer hopes the gains to its overall package help the car compete for fifth in the championship this season. Nico Hulkenberg joins from Force India in place of Kevin Magnussen, while Jolyon Palmer remains for a second season. 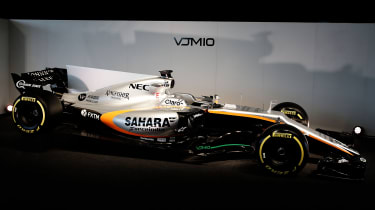 Force India were the surprise package of 2016, wrestling fourth place in the standings away from Williams. This year they are hoping to go one better, with a stated target of third in the constructors championship. With an ‘unfortunate’ stepped nose, Sergio Perez and Esteban Ocon will need to hope the car’s speed is inversely proportional to its looks. 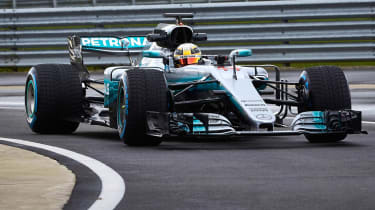 The big question over the winter has been whether or not anyone can catch Mercedes. On this evidence, that will be an almighty challenge. Already equipped with the most powerful engine, Merc’s tight packaging shows that the team’s aero department remains on form. Unless Red Bull can work some magic, Lewis Hamilton and Valtteri Bottas will be in a straight fight for the title. 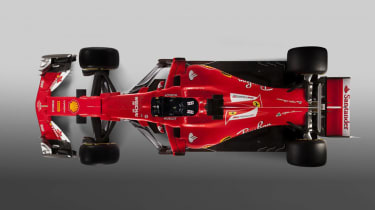 Ferrari’s launch was a rather low-key affair, with little said about, well, anything really. The fabled Italian team endured a torrid year last season in which its performance went backwards compared to rivals, and it failed to replicate any of their three victories from 2015. Having lost the highly rated engineer James Allison to Mercedes, Sebastian Vettel and Kimi Raikkonen face an uphill battle to return to winning ways. 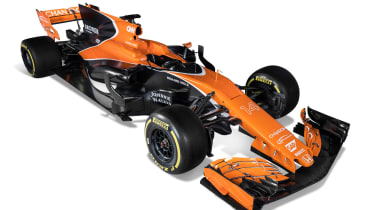 McLaren-Honda’s launch was the most anticipated of all the teams’ events, not least because of the hints that the team had been dropping about adopting a bold, new orange livery. So it proved when the covers were removed, ushering in a new era following the departure of CEO Ron Dennis during the off-season. Fernando Alonso - who has a new teammate in the shape of Stoffel Vandoorne - has entered the final year of his contract - and unless the team’s fortunes improve, the Spaniard might look elsewhere for a drive in 2018... 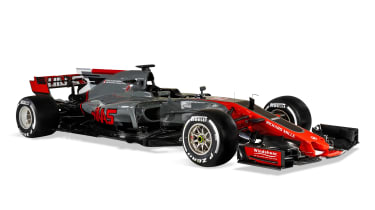 Debutants Haas finished a creditable eighth in the constructors’ championship last season, albeit with a significant advantage derived from the parts bought from Ferrari at the beginning of the year. Frenchman Romain Grosjean scored all of the team’s points in 2016 with a number of standout drives, but a lack of development ensured that rivals eventually surpassed the American outfit. With no points to his name Esteban Gutierrez was dropped at the end of the season, with Dane Kevin Magnussen replacing him for 2017. 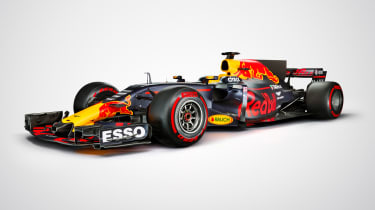 Red Bull are expected to be the main challengers to Mercedes this season, having overtaken Ferrari to finish second in the constructors’ championship in 2017 and with Adrian Newey influencing their approach to the new aero rules. Daniel Ricciardo and Max Verstappen won a race apiece in 2016, and both will be fighting hard for the drivers’ title if their machinery is up to scratch. 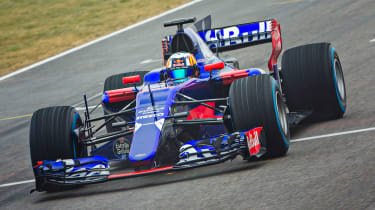 Red Bull’s sister team are - like Renault - targeting fifth this season, and the Italian outfit will be hoping that their approach for 2017 has as much of an impact as their bold new livery has had on the paddock. Carlos Sainz remains for a third straight season, while Daniil Kvyat retains his place following last season’s embarrassing demotion from Red Bull. The Russian will need to be at his best to get his F1 career back on track.