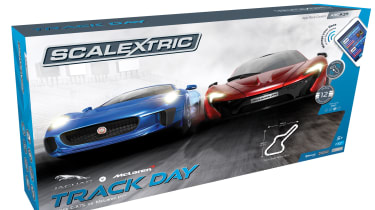 You could be in with a chance to go to this year's British Grand Prix on 8, 9 and 10 July, to see all the drama on the Silverstone track as defending World Champion Lewis Hamilton pushes for his 4th Formula One title.

You could also win the state of the art Scalextric Track Day set, worth £199.99. The set isn't even on sale yet and promises to give gamers a more realistic race experience. The first Scalextric set to use the Arc Air app, the Track Day offers adverse weather options and race incidents using lightweight wireless controllers.

The set features current drivers for players to put to the test in two supercars; the Jaguar C-X75, as featured in the 2015 Bond film SPECTRE, and the successor to the McLaren F1; the McLaren P1. 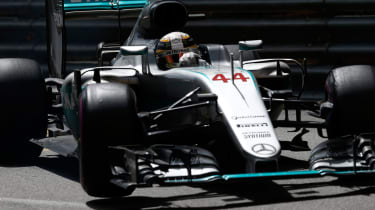 To enter all you have to do is click here and answer the following question...

Since the beginning of the F1 world championship, how many times has the British Grand Prix been held at Silverstone?