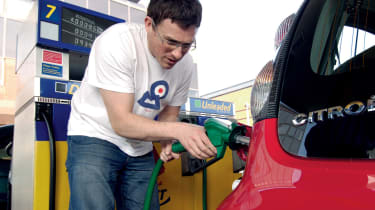 Petrol and diesel prices are going to be investigated by the Office of Fair Trading (OFT) amid claims the sector is besieged with uncompetitive practices.

Petrol prices have soared by 38 per cent between June 2007 and June 2012. While diesel prices have rocketed by 43 per cent over the same period.

A statement from the competition watchdog said: “In light of continuing public concern about pump prices, the OFT wants to identify whether or not there are competition problems that it can tackle in the sector. It is inviting the industry, motoring groups and consumer bodies to submit information.”

A spokesman for the OFT told Auto Express one of the key issues it would be focusing on is “rocket and feather” pricing – the trend for pump prices to go up like a rocket when the price of oil goes up, but fall like a feather when they go down.

But it will also look at the impact supermarkets have had on the sector, the way crude oil prices are reported and whether oil companies give favourable treatment to the forecourts that they directly own.

One aspect of fuel prices the OFT will not consider is taxation.

It will spend the next six weeks collecting and reviewing evidence from various groups before publishing its findings in January.

What do you think the OFT’s investigation will conclude? Has the watchdog waited too long to act on fuel prices? And can any fuel price investigation be effective without an independent review of how fair the level of taxation is?