Motoring organisations call for £75 million of Government investment to prevent 1,100 deaths over the next two decades 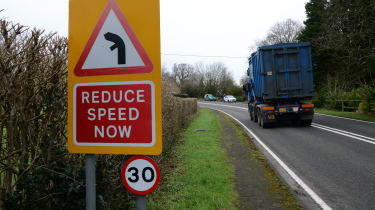 Half of road traffic fatalities occur on just 10 per cent of the British road network, it has been revealed.

A newly published list of the most dangerous roads in Britain shows there were 30,248 fatal and serious crashes on major roads last year, with an average of 73 casualties a day.

Ageas Insurance and the Road Safety Foundation (RSF), which worked together to publish the data, claim traffic accidents cost society £35bn a year. The researchers consider Britain could have avoided 2,549 road deaths between 2010 and 2017 by keeping up with international targets.

The two organisations are calling for the Government to spend £75 million in order to prevent an estimated 1,100 deaths over the next two decades, followed by a further £75 million investment every five years thereafter.

This is in spite of £100 million already having been dedicated to preventing 1,450 casualties on the country’s most dangerous A-roads in the next 20 years.

Nonetheless, the report’s authors argue more needs to be done, partly because a typical single-carriageway A road is eight times more dangerous than a motorway.

The data identifies 40 persistently higher risk roads that had an average of one fatal or serious crash per mile along their length in the three years to 2016.

The top 10 most persistently high-risk roads last year were:

Of the top 10 list, four are in the South-East, which is also where the most persistently high-risk road – the A254 between Margate and Ramsgate in Kent – is located.

This section of road has worsened over the last three years, with an average of seven fatal and serious crashes each year. Almost half of these took place at junctions and a similar number involved pedestrians or cyclists.

Top tips for reading the road

Road improvements are fine in isolation, but combined with an alert driver, they can save lives. Driving consultant Martyn Poole talks us through how to use what we see on the roads and stay safe.

• “Beware of things like surface conditions. The number of road signs and levels of traffic should all send signals to drivers.”

• “Look at the vanishing point to judge a bend’s severity. If the radius decreases as you turn, the bend will be tighter. Seeing corners this way will prevent sharp braking.”

• “On a left-hand turn, you should drive as far to the right as legally possible to maximise your view.”

• “Consider also how close other cars are to you. It’s good practice to just brake once for hazards. Braking twice can easily cause a rear shunt with the car behind you.”

Have you got any dangerous roads where you live? Start a discussion in the comments below!