Space, pace and efficiency are highlights of the Talento's, er, talents 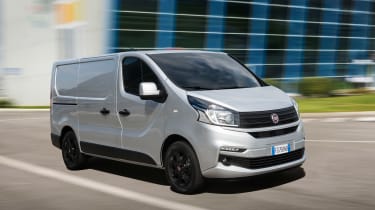 In the van spotting world, you'd be forgiven for confusing the Fiat Talento for the Renault Trafic, because like the Nissan NV300, it's essentially the same van. It's a successor to the Fiat Scudo, which it replaced in 2016. In fact, it's a bit of a swap with the Vauxhall Vivaro, as the old Scudo shared parts with the Dispatch/Expert, and the Vivaro with the Trafic, but now it's the other way around. 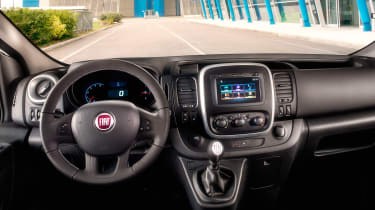 The Talento name comes from a short-wheelbase version of the Ducato that was sold in the 1980s, but the current van is light years ahead of that model. Like the Trafic, there are two wheelbases to choose from, while platform cab and crew van variants are offered, too.

Power comes from 1.6-litre diesels badged MultiJet and EcoJet, with the latter getting twin-turbos for improved performance, while power ranges from 95 to 145hp. Like the Trafic, there's a system called Traction+ that gives the Talento modest off-road ability in place of conventional four-wheel drive.