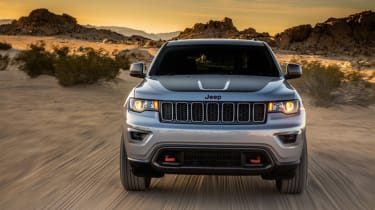 Jeep reserves the Trailhawk moniker for its most off-road oriented models, such as the Renegade Trailhawk. Now though, leaked pictures show the latest model to carry the name – the Grand Cherokee Trailhawk.

Trailhawk isn’t a new addition to the Grand Cherokee’s range – it appeared as a special edition back in 2012 – but this model looks like it will be a permanent feature. It’s certainly distinctive, thanks to deep silver paintwork, black graphics, and red accents on the tow hooks. 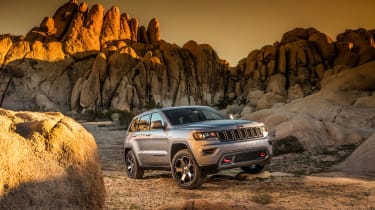 Completing the makeover on the outside is underbody cladding with bulky cladding front and rear, and beefy off-road tyres that should help make light work of a muddy trail.

Inside, it’s more of the same, as dark seat trim is met with a silver centre console and red stitching on the seats, armrest and wheel. 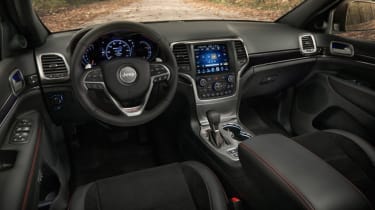 There’s been no further details released or leaked, so it’s not clear if an engine upgrade is on the cards. Enthusiasts are waiting eagerly for a 707bhp supercharged V8 ‘Trackhawk’ Grand Cherokee, but it’s doubtful that this engine would appear in the Trailhawk.

However, we do know that the Trailhawk won’t be making its way to the UK.

Would you buy a Jeep Grand Cherokee Trailhawk if it came to Britain? Let us know in the comments below... 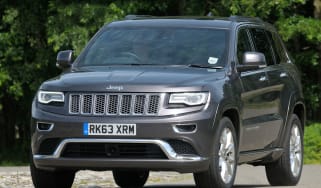